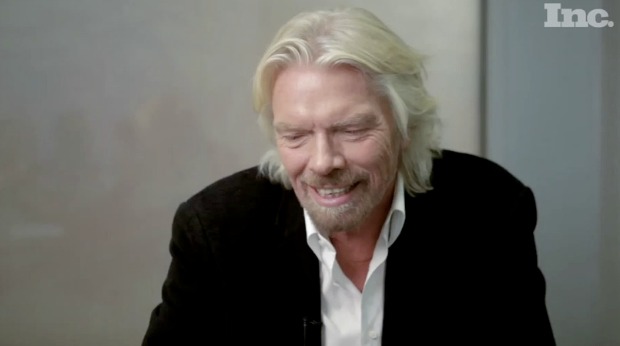 When starting your first business, it pays to show some audacity.

Some of the most successful companies – Google, Facebook, and Apple, to name a few – started out as ideas that many considered crazy or risky at the time. But a few bold entrepreneurs chose to take the necessary risks and it paid off for them.

Throw Your Whole Self Into Everything You Do

The majority of new businesses don’t make it past the first year. So it might seem like a good idea to play it safe.

But Branson thinks you’re more likely to reach greatness by jumping in and giving it everything you have. This could mean dedicating more time to your idea. Or it could mean just going for that bold idea you’re really passionate about, rather than the safe idea that’s been done before.

Starting From Scratch Makes You Audacious

Regardless of what your idea is, starting something new already makes you audacious. Branson says:

“It’s actually the most difficult time when you’re starting from scratch with no financial backing, just an idea, and you’re trying to get your very first venture off the ground.”

He says that established entrepreneurs like himself have to try a lot harder to be audacious because they already have experience and resources. But, if you’re just starting out and don’t have those things, simply trying something new is an audacious act.

Strive To Be Extraordinary

To illustrate this point, Branson tells the story of his friend, Google co-founder Larry Page. In college, Page came to one of his teachers with three different business ideas. The teacher suggested he try “that Google thing” first, as it was the most audacious of the three.

And we all know how that worked out for him.