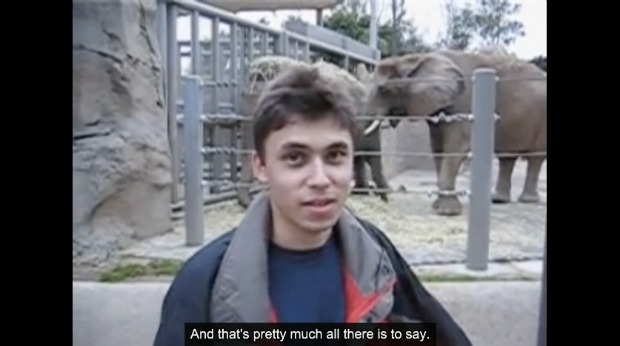 Recently, YouTube marked its ninth anniversary. Since the site launched in 2005, small business owners and entrepreneurs around the world have used it to market their products and build their online networks. Some have even built their entire businesses around the platform.

But most of the videos on YouTube don’t have as many views as the very first YouTube video. Entitled “Me at the Zoo,” the video shows YouTube Co-Founder Jawed Karim on a visit to the San Diego Zoo. You can view the video in its entirety below:

Though only 19 seconds long and not exactly groundbreaking in the content department, the video has racked up more than 14 million views over the years.

This look back at YouTube’s first video serves as a reminder that there are so many different factors that can contribute to your video’s success. Of course, great content is key. But the timing of your video can be just as important. In this case, being the first-ever YouTube video made all the difference in the success of “Me at the Zoo.”

Over the last 9 years, there have been countless videos that have gained reach beyond anyone’s expectations. Who would have thought that a video called “Charlie bit my finger” would gain worldwide fame? And who could have predicted that “Gangnam Style,” a music video from a relatively unknown artist, would become the most viewed online video of all time?

You never know when a video is going to fall into the right hands and go viral. An influential person in your industry could find your next upload and share it with their network. Or a simple personal message could strike a chord with your target audience.

The key, as with Karim’s video, is to create the right kind of content at the right time. Then let your customers and community do the rest.

Annie Pilon is a Senior Staff Writer for Small Business Trends, covering entrepreneur profiles, interviews, feature stories, community news and in-depth, expert-based guides. When she’s not writing she can be found exploring all that her home state of Michigan has to offer.
14 Reactions
Subscribe
Follow @smallbiztrends
RSS LinkedIn Pinterest iTunes