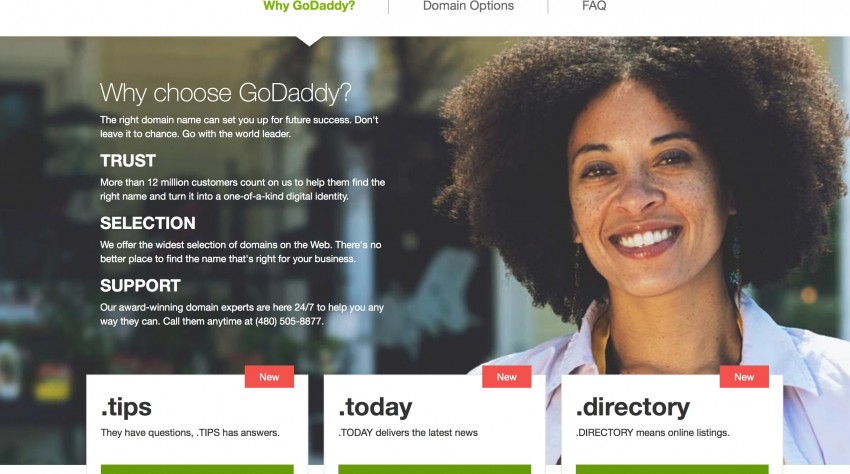 GoDaddy, a technology provider serving millions of very small businesses, has been on an aggressive  expansion kick since 2013. And it’s most recent expansion announcement is for geographical products and services.

GoDaddy traditionally has been known for its domain name registrations, web hosting and website builder tools. But more recently, after a leveraged buyout and a new management team in place, the company has been on an aggressive expansion path to broaden the ways  in which it supports small businesses, and the products and services it provides.

Expanding Based on Geography

Blake Irving, GoDaddy CEO since late 2012, told us in a recent interview that the international expansion is part of GoDaddy’s mission to support the needs of small businesses located outside of the United States, that have 1 to 5 people.

Eighty-five percent of small businesses in the United States consist of five people or less.  “Outside the U.S., the size of businesses is even smaller,”  he says.

There are over 200 million small businesses worldwide, including the United States.  In the United States 50% have a website, but outside the U.S. the percentage without a website is much larger and GoDaddy’s market opportunity is very large, he adds.

While language and local currencies for e-commerce are obvious ways that needs differ outside the U.S., he points out that localization also includes more subtle differences. “The images we provide for websites in Chile are different from those we provide in Peru, because the cultures are very different.”

To illustrate that point, GoDaddy provided us with a series of images it uses, all of which differ depending on the country targeted. 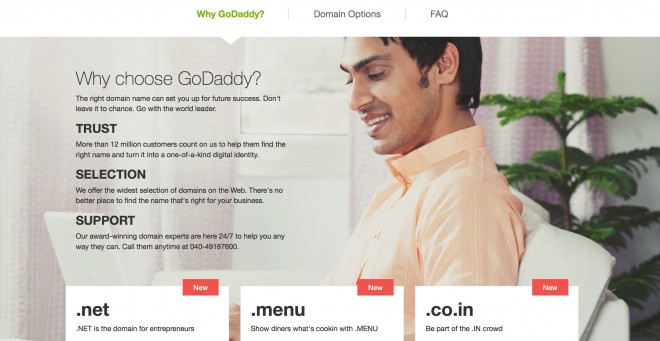 While the internationalization of GoDaddy offerings may be of some help to U.S. based businesses that want to expand into other countries, that’s not the main driver of GoDaddy’s  international expansion.  Geographic expansion is really about GoDaddy meeting the needs of small businesses located outside of the United States.

There are over 200 million small businesses worldwide, including the United States.  In the United States 50% have a website, but outside the U.S. the percentage without a website is much larger and the opportunity is very large, Irving says.

“These small businesses need to be served by someone and no one is doing it today,” he says.  “Once you leave the USA it’s a very fragmented market landscape. No one is doing anything in a way that scales globally.”  GoDaddy, he adds, because of its scale is in a position to provide services at a lower cost than smaller competitors. 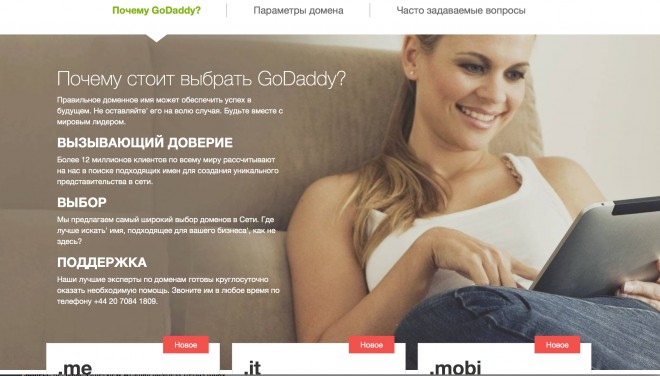 Expanding Products and Services for the U.S. Market

For the U.S. market, expansion has been more in terms of providing new products and services to help very small businesses be more productive and effective in running their businesses.  Says Irving, “We know that some of our small business customers in the United States don’t necessarily want to grow.  [They may be looking more for solutions] to save them time and give them more freedom, rather than grow the business.”

To that end, since 2013 GoDaddy has been on an acquisition and expansion path to add products like bookkeeping, invoicing and marketing services like GetFound, as well as expand its hosting offerings by acquiring MediaTemple.