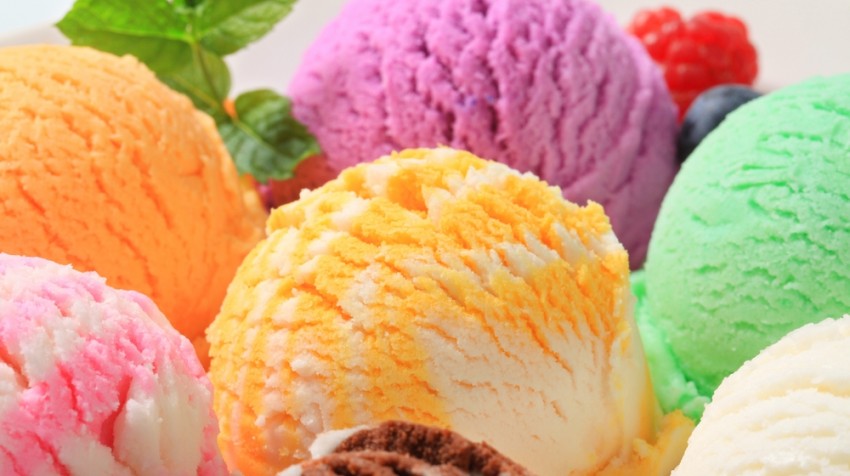 Ice Cream franchise executives must have to work really hard these days. It’s got to be pretty challenging to try to win the hearts and minds of today’s frozen treat loving consumers…the ones who are getting hammered every day with marketing messages from the over 35 different frozen yogurt franchise concepts that are currently up and running.

I’m here to provide some much-needed relief…and help, for marketing departments of ice cream franchises all across our fine country. And, I’m not going to even charge for it.

Is the rise of frozen yogurt and all of the different franchises selling it, solely to blame for the lack of enthusiasm towards ice cream? Could it be that Americans are finally embracing frozen treats that are a little healthier?

Just so you know, the main difference between frozen yogurt and ice cream is fat content. From SFgate.com:

As you can plainly see, frozen yogurt contains a lot less fat. Until you add fat-laden goodies like peanuts, and candy bar pieces. Then, the differences between the two deserts aren’t as stark.

Ice cream is as American as apple pie. We still enjoy our chocolate-covered sundaes, and banana splits.

Some of the franchises that serve ice cream have been around a long time, and include some of the biggest pioneers in franchising. Below is a list of some of the more well-known ice cream franchises along with some new players.

Burt Baskin and Irv Robbins created an iconic ice cream brand. They believed that customers should be able to sample their ice cream flavors until they found one they wanted to buy. Their famous small pink spoons were invented to accommodate their philosophy. Since their founding in 1945, Baskin-Robbins has introduced more than 1,000 flavors. They serve over 300 million customers guests each year to nearly 7,000 locations worldwide.

John Fremont “Grandpa” McCullough and his son Bradley came up with Dairy Queen’s famous soft serve formula way back in 1938. They convinced a friend to offer their new product in his Kankakee, Illinois ice cream store, and the rest is history as more than 1,600 servings of the new dessert was served in two hours. The DQ franchise system is one of the largest fast food systems in the world, with more than 6,000 restaurants up and running.

Ben Cohen and Jerry Greenfield grew up together in Long Island, New York. Ben and Jerry took a ($5) correspondence course on ice cream making from Pennsylvania State University’s Creamery in 1977, and in 1978, they opened an ice cream shop in a renovated gas station in Burlington, Vermont. The first Ben and Jerry’s franchise opened in 1981, and over 300 of them dot the landscape. Ben and Jerry’s is very choosy about whom they award franchises too, and according to information posted on their franchise website, would-be franchisees must be “socially conscious, active in your community and seeking to make a real difference.”

Curt Jones, a microbiologist, pioneered the process of cryogenic encapsulation. In other words, he used super-cold freezing methods to make little beads of ice cream…dots. The unique frozen treat needs to be stored at temperatures below 40 °F, so it can’t be sold in grocery stores. But it can, and is, sold by franchisees that own mobile kiosks. Some of the venues where Dippin’ Dots ice cream can be found include:

Sub Zero Ice Cream was founded by a chemist. Jerry Hancock used his background in chemistry and engineering to create a unique ice cream experience. Instead of making ice cream the traditional way (whipping the ice cream full of air and letting it freeze slowly) Jerry came up with a way to use (a burst of) liquid nitrogen to flash-freeze the ice cream. He perfected this technique, and a single serving of fresh cream and ingredients can be made in 15 seconds or less. Sub Zero Ice Cream was recently featured on ABC’s Shark Tank.

Opportunities abound in ice cream franchising. If you’re thinking about becoming the owner of a franchise in the frozen dessert sector, you have lots of choices. You can choose from several iconic ice cream brands…businesses that have been around for 40-50 years, and are still going strong.

Or, if you want, you can choose to become a franchise owner of one of the newer players in ice cream franchising, and possibly carve out your own territory.

Whatever you decide, make sure you do proper franchise research, which in the case of ice cream franchising, will have to include some good, old-fashioned taste-testing.

Joel Libava is the Franchise Expert for Small Business Trends. Joel, The Franchise King®, equips today’s prospective franchise owners with time-tested, proven techniques designed to increase odds of success. He does this through one-on-one coaching, and gobs of useful content that can be found on places like Small Business Trends, SBA.Gov, and his award-winning franchise blog, The Franchise King Blog . He’s been featured in Entrepreneur® magazine, and is frequently called upon by national media outlets and publications for his no-spin insights into the world of franchising.
7 Reactions
Subscribe
Follow @smallbiztrends
RSS LinkedIn Pinterest iTunes