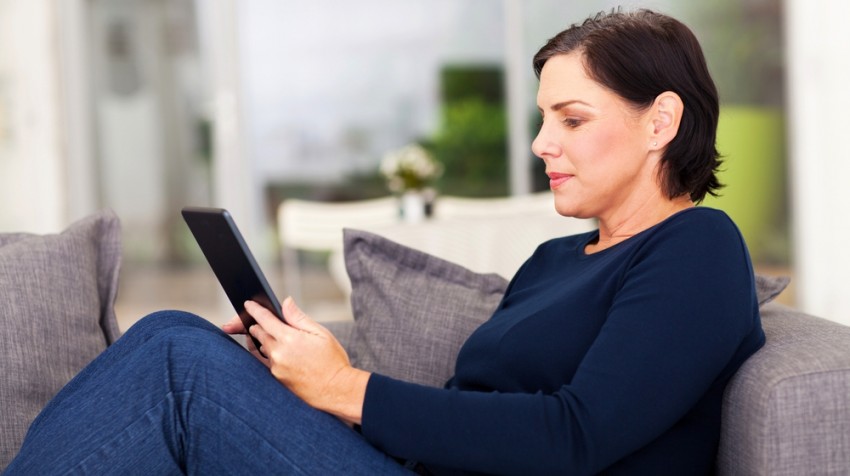 Top stories for small business owners this week involved the fate of a contentious minimum wage bill and the repair of a major Web security issue. The Small Business Trends editorial team has you covered with this important news and more. Just follow our roundup.

Minimum Wage Bill Fails in Senate, Small Business Groups Respond. A Senate bill that would have raised the federal minimum wage from $7.25 to $10.10 failed in the Senate Wednesday. But President Obama and other supporters have vowed to make it an issue in the 2014 elections. Small business leaders want elected officials to know they consider it an important issue too.

USDA Announces $150 Million Investment Fund for Rural Businesses. The U.S. Department of Agriculture has announced a $150 million fund the agency will use to invest in small rural businesses. The fund establishes a new Rural Business Investment Program with a new wrinkle for investment in rural ag-related companies. The new investment fund was announced as part of the Obama administration’s “Made in Rural America” initiative.

Michigan Creates $6.8 Million Fund for Tech Startups. Economically speaking, the news concerning Michigan typically focuses on the purported death of Detroit. To counter that negative trend, the Michigan Economic Development Corporation (MEDC) is hoping to spearhead some new growth among high-tech startups. The Michigan Pre-Seed Fund 2.0 is actually a continuation of a previous effort. It will provide $6.8 million for investment in local business.

Microsoft Announces a Fix to the Internet Explorer Bug. Federal officials had issued a warning to users of Internet Explorer: Stop using the Web browser until Microsoft can mitigate a security threat. The U.S. Computer Emergency Readiness Team, a division of the Department of Homeland Security, said the vulnerability had already been used for attacks. But later this week, Microsoft announced a fix.

Alexa Has Gone Back To The Drawing Board. There’s good news for those who rely on Web analytics to negotiate website advertising deals. Alexa Internet Inc. has completely revamped its daily updated Web traffic analytics services for $9.99 a month. The company, which is owned by Amazon.com, is targeting digital marketers and content publishers for their new service.

AdRoll Raises $70 Million as Retargeting Space Heats Up. Those ads for new shoes or a new car or for your favorite store may be following you. They’re known as retargeting ads and you may be seeing a lot more of them on your computer and now your smartphone. The company behind a lot of those ads, AdRoll, recently announced $70 million more in funding led by its primary shareholder, Foundation Capital.

Google Is Growing at Double Digits But Wall Street Still Isn’t Happy. Google is growing at double digit rates, and if that were your company, you’d likely be thrilled. Apparently, Wall Street investors are not. Such is the fickle favor of Wall Street. The search giant’s first quarter earnings report shows an overall increase in revenue. But investors weren’t impressed.

One Third of Microbusiness Owners Rely on Second Jobs. If you own a microbusiness, defined as a business employing five or fewer people, you occupy a very important part of the economy. Yet chances are, at least early on, you aren’t able to make a full time living at it. If not, you’re not alone. Nearly one third (33 percent), of microbusiness owners depend upon another job as their main source of income, a recent Gallup Survey says.

Moving Mountains Design: Staging Luxury Homes for Sale. This week we shine the spotlight on Moving Mountains Design. Those needing to sell a big luxury home in the Los Angeles area call on owner Michelle Minch. She and her team swoop in and choose just the right paintings, rugs, sofas and even duvet covers to make a property fetch top dollar. Minch says she has 6 part-time employees in all and has been in business eight years.

Entrepreneur Creates Ghoulish Treats Like Marshmallow Brains and More. When launching a business, it’s important to offer a product or service that stands apart. That’s certainly what baker Annabel de Vetten has done with her bakery, the Conjurer’s Kitchen. Instead of basic cakes and other desserts, de Vetten creates ghoulish treats and unusual custom edible creations ranging from chocolate skulls to graveyard cakes.

What One Old Uniform Company Knows…That You Don’t. Jim Wasserson thinks about uniforms all day long. More than 100,000 of them. As CEO and President of Clean Rental, Wasserson, whose grandfather founded the company in 1918, is a born-and-bred expert on what makes uniforms unique, memorable, functional, clean and comfortable.

Talk About Bad Company: The True Cost of a Bad Hire. Hiring the wrong person for a position is an expensive mistake for a company to make. In a recent Career Builder survey 42% of companies reported that a bad hire cost them at least $25,000 in the past year, and 25% reported a loss of at least $50,000.

Pinterest May Be The Perfect Answer For Marketing Your Apparel Business. Social media is probably the best thing that has happened to businesses of all shapes and sizes. The viral nature of social media, along with the possibility of community and relationship building is an awesome deal that no business can afford to ignore. E-commerce stores that specialize in apparel are no exception.

Transforming Twitter With More Images Means More Social. You’ve most likely heard the old adage, “A picture is worth a thousand words” and it appears that Twitter would agree.  It is now possible to tag multiple photos in a single tweet. Twitter Tagging Photos Twitter 6.3, the upgraded version of Twitter, brings multiple features which are expected to make use of the site more engaging.

Google Plus Users With More Than 1,000 Followers Can Now Use +Post Ads. At the end of last year, Google started testing the concept of +Post ads. The ads enable those with an account to turn any of their Google Plus content into an interactive ad, and have it run across the Google Display Ad network. Now Google has moved +Post ads out of their limited testing phase.

Skype Introduces Free Group Video Calls for Up To 10 People. Your next video conference on Skype may now be free. Skype announced this week that its Skype group video calls service is now free for up to 10 participants on some platforms. Prior to this, group video calls on Skype had been available only if one participant had a premium membership ranging from $4.99 a month to $8.99 for a single day pass.

FedEx Office Launches New Printing App for iPhone and Android. FedEx Office has announced a new mobile print app for both iPhone and Android devices. The FedEx Mobile Office App allows customers to manage printing jobs from anywhere. Documents that are saved on your mobile device, in emails, or in several cloud storage apps can be sent to a FedEx Office store to be printed.

People Who Want to Visit Your Business Can Tell Their Friends Via Superb. The problem with consumers constantly being glued to their smartphone screens is that sometimes they forget there is a real world around them. A new iPhone app called Superb aims to show them what is in their area. That could mean bringing your local business to their attention and allowing them to tell their friends about it too.

Podio Redesign Makes Project Management Simpler for Non-Project Managers. Podio is a tool that allows teams create their own collaboration apps without knowing code or bringing in an IT department to help. So, for example, if you need an app to track your team as they complete a major marketing or other project, Podio can do that, the tool’s creators say.