In The News: Judge Rules On Reviews and Canada Fights Spam 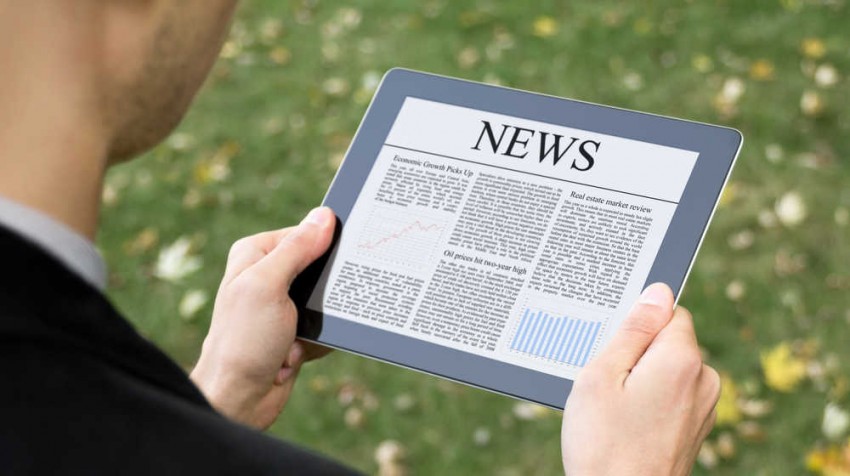 Legal issues topped the small business news this week. We’ve collected the stories you need to see on these subjects and more. Let the Small Business Trends editorial team bring you the news you need for running your small business. Here’s our roundup.

Judge Rules Company Can’t Collect Against Couple for Bad Online Review. There are many ways a business can react to a bad online review. But trying to collect money from the customers complaining probably isn’t a good idea. A federal judge recently ruled a Utah couple can’t be billed for a negative review that supposedly violated an eCommerce sites terms of service.

New Canadian Anti-Spam Law Requires Permission from Email Recipients. Making sure the people who get your marketing emails have explicitly asked to receive them is best practice anyway. But a new anti-spam law going into effect in Canada over the next few months makes it even more of a necessity. And, yes, it could impact small businesses in the U.S. too — if you email regularly to customers in Canada.

First Smartphone Anti-Theft Law Could Also Make Reselling Phones Hard. If your smartphone is stolen, it could give the thief access to important business and personal information. A new Minnesota smartphone anti-theft law will make it illegal to sell smartphones without some kind of security software either installed or capable of being downloaded.

Small Whiskey Maker Battles Bacardi Over “Untameable” Tag. One word may not seem like much. But when it comes to a brand, it can represent a company’s whole identity. At least that’s the view of Andre Levy, maker of Wild Geese, a small independently-owned brand of Irish whiskey. Levy is taking liquor giant Bacardi to task over its use of the word “untameable” (not the traditional spelling) in a new ad campaign for the company’s rum.

eBay Warns Users to Change Passwords After Attack Compromised Files . eBay is telling its users to reset their passwords after discovering a cyber attack that compromised encrypted non-financial files. The company insisted in a post on its official Website today that the reset was only a best practices precaution. The company says there is no evidence credit card or other financial data belonging to eBay’s customers or sellers was accessed.

This Small Retailer Becomes eCommerce Powerhouse. This week we shine the small business spotlight on Goedeker’s. Launched as an appliance repair business, the company grew into an electronics and furniture retailer and finally an eCommerce site. Today, the company, based in St. Louis, is in its second generation of family ownership. It has survived a recession and today supports 90 employees.

Mompreneur Launches $3 Million Business Selling Superhero Capes. Entrepreneur Holly Bartman didn’t know that she was starting a multi-million dollar business when she decided to make some custom superhero capes for her son’s fourth birthday party in 2006. Bartman’s son didn’t want to be Batman or Superman; he wanted to be his own superhero for the party.

How 5 Small Businesses Are Using Facebook to Reach Customers. In honor of National Small Business Week, Facebook is highlighting the firsthand stories of small businesses that are using the social network to reach customers. Whether using the site to actually sell products or just to promote, Facebook has changed the way businesses communicate with consumers.

New Google+ Stories Converts Photos Into Animated Timelines. Taking pictures while on vacation is easy enough, but sharing those pictures afterward can be a huge hassle that involves uploading hundreds of images to your computer, sorting out the best shots and choosing a photo album site to host your favorite pics.

Cotap Messaging App Aims To Be The WhatsApp For Business. Imagine you have a question for another person at your company perhaps located across town or across the country. Whether your small business has a staff of 5 or 50, maintaining a phone list and going through the hassle of calling people constantly may not be the easiest solution.

ProBoards Introduces New Forum Service For Business Use. You may think that Internet forums have gone the way of the dinosaurs, a product of the early Internet, before sites like Facebook and Twitter came along. But ProBoards.net is looking to disprove that by offering small and medium businesses a monthly branded forum.

FreshBooks Lets You Collect Feedback from Clients. Cloud accounting service FreshBooks has a new tool to collect feedback directly from your customers. The company says that its review and ratings features added to the cloud accounting platform represent a first-of-its-kind combination.

Small Businesses Spend 20 Hours Per Week on Marketing. How much time do you spend on marketing each week? If you spend 20 hours per week on marketing your business, on average, then you’re not alone. So do other small businesses, according to a recent survey by Constant Contact. For many, the extra effort has paid dividends across several metrics.

Secondary Self-Employment in Decline. Fewer Americans are working for themselves than did at the turn of the 21st century. That’s true for both people’s primary and secondary jobs, Bureau of Labor Statistics (BLS) data indicate. As I have discussed before, self-employment has been on a many-year decline in the United States – a trend that has continued over the past 14 years.

Dell Creates Founders Club 50 Program For Promising Tech Startups. Since 2011, Dell has been supporting tech startups through several high-profile initiatives. So Dell’s announcement last week of its program for promising technology startups doesn’t come as a surprise. Dell announced the Founders Club 50 program, describing it as “an exclusive group of emerging companies that have technology as a critical backbone and are poised for rapid growth.”