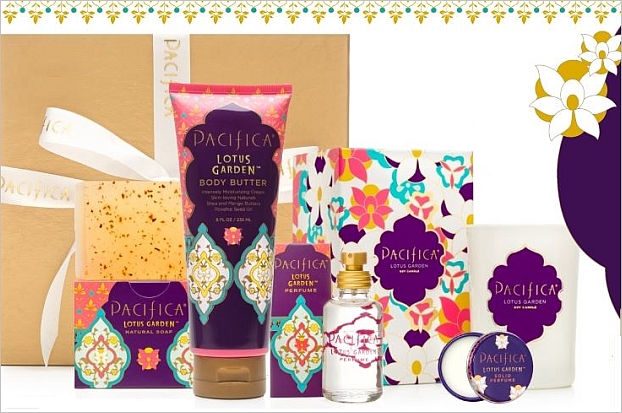 An Oregon husband and wife team were honored last week by the U.S. Small Business Administration as National Small Business Persons of the Year. Billy Taylor and Brook Harvey-Taylor founded Pacifica, a brand producing natural Earth-friendly candles and skin care products more than a decade ago. Today they employ 110 people.

The company reached $12 million in sales in 2008, according to a release from the SBA and have doubled revenue every year over the past five years.

It all started back in 1997, when the couple created candles using seven of Brook’s signature scents and took them to a trade show.

The rest, as they say, is history. Ever since, the couple says they have relied on the quality of their products to build their brand.

The Taylors started with a simple idea. The couple’s website explains.

“From the beginning, Brook and Billy had a grassroots vision. They believed that if they invested in the quality of their products and the fragrance experience, rather than marketing, people who fell in love with Pacifica would spread the word. They were right. Their devout following of fragrance aficionados and earth-conscious connoisseurs deeply value Brook’s fresh approach to perfuming, which enhances rather than overwhelms.”

The business did receive financing through the SBA several years ago when a change in their distribution led to a drop in revenue.

But since then, the brand has continued to grow, finding a niche with customers interested in the company’s vegan, sustainable, cruelty-free (meaning it is not tested on animals) line of beauty products, fragrances, gifts and other related products.

First runner’s up for the National Small Business Persons of the Year honor were Ricardo, Pablo “Rene,” and Jackie Robles of Anita’s Mexican Food Corp. in San Bernardino, Calif. The members of the Pablo family run day-to-day operations at the second generation minority-owned wholesale food manufacturer and co-packer.

In 2012, the company received an SBA-backed loan for purchase of additional real estate and equipment to expand operations. The SBA says the company has grown its revenue by more than 100 percent in the past three years and now employs between 230 and 259 people.

Second runner up for the SBA recognition was Jeri Merrill, founder of woman-owned Class ‘A’ contractor Merrill Inc. of Cheyenne, Wyo.

The company specializes in site excavation and other general contracting, according to the SBA announcement. Merrill worked a full-time job for almost 15 years while growing her business on the side, taking advantage of several SBA programs along the way. Today she has a year round workforce of 26 and employed 42 contractors last year when the company’s revenue reached $13.8 million.