Skype Translator Makes You Understood in Other Languages Almost Instantly 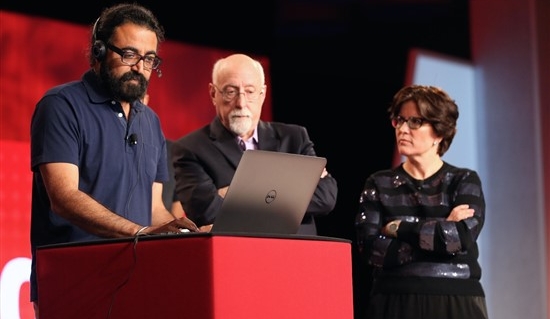 Just imagine it! You jump on a Skype call with a distributor or customer in Bangkok, Shanghai or Madrid. You can’t speak their language. They can’t speak yours. Yet, in minutes, Skype is translating their speech into words you can understand and vice versa.

This is the promise of Skype Translator which Microsoft (Skype’s parent company) has promised to have available by the end of 2014.

In a recent post on The Official Microsoft Blog, Gurdeep Pall, Corporate Vice President of Skype and Lync explained:

“Today, we have more than 300 million connected users each month, and more than 2 billion minutes of conversation a day as Skype breaks down communications barriers by delivering voice and video across a number of devices, from PCs and tablets, to smartphones and TVs. But language barriers have been a blocker to productivity and human connection; Skype Translator helps us overcome this barrier.”

Here’s a peak at Skype Translator in action from Microsoft Research:

In the demo, Pall and a German colleague talk about Pall’s impending move from Seattle to London.

Pall speaks in English and his colleague speaks in German. After a moments hesitation, Skype translates each of the speakers’ comments into the others language and repeats it back to the listener allowing them to respond.

For small businesses, in particular, the implications seem huge. Tools like Google’s “Translate” have been around a while to internationalize your website’s content.

But Skype Translator, if delivering as promised, could have you collaborating with companies all around the globe either doing business with them as service providers or serving them as clients. And all this could be done despite lack of a common language.

Look for Skype Translator as a Widows 8 beta app before the end of the year.