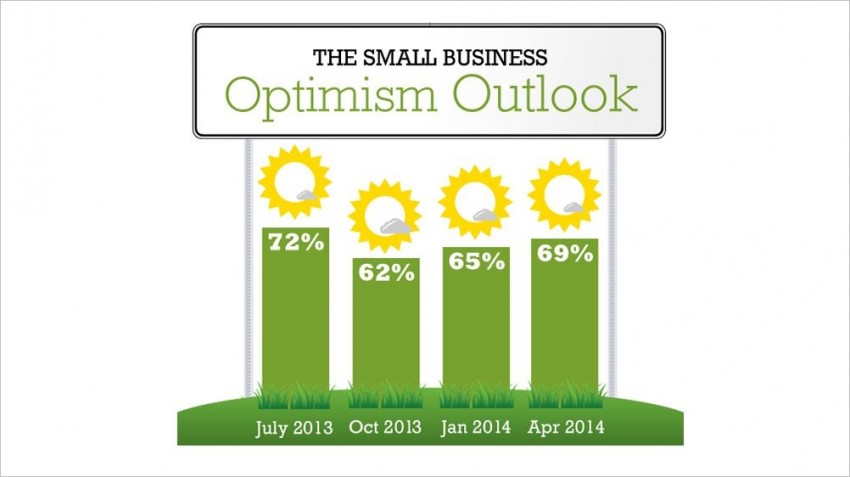 The survey showed that 60 percent of small business owners saw revenues increase during the previous year. Meanwhile only 57 percent saw increases in their taxes.

The survey also showed that slightly more than 33 percent of those small businesses saw revenue increases of 15 percent or more during the 2013 tax year. Meanwhile, only 20 percent of small business owners participating in the survey saw their taxes increase by that much over the same period.

But despite increase in revenue, most small business owners haven’t started hiring more employees yet. SurePayroll’s survey found that hiring has remained stagnant in most regions across the country. Hiring has actually fallen slightly in the Midwest and Northeast while other areas are relatively stable.

Instead of looking for permanent help, small businesses are turning to subcontractors to handle much of their extra work.

The use of Form 1099 for independent contractors by many small business owners has kept these companies running leaner. According to the SurePayroll Scorecard, 6.52 percent of all the paychecks issued last month went to 1099 workers. This figure has been on a steady rise since February, the survey data reveals.

In an official blog post commenting on the Scorecard, the company explains:

“It’s a bit of a double-edged sword, as increased hiring would obviously be a boost to the economy, yet strong revenues are a testament to small business ingenuity.”

SurePayroll is a provider a payroll services to small businesses nationwide. The company’s Small Business Scorecard is provided monthly and surveys the nation’s smallest businesses with fewer than 10 employees.