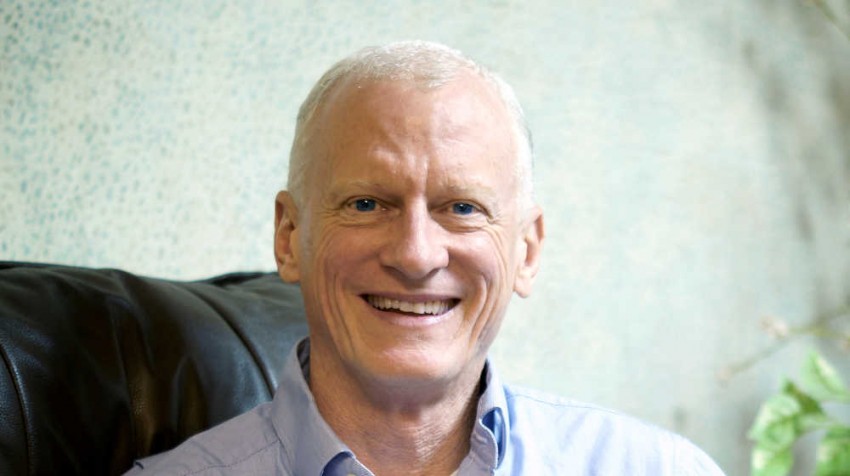 This week we shine the small business spotlight on Goedeker’s. Launched as an appliance repair business, the company grew into an electronics and furniture retailer and finally an eCommerce site.

Today, the company, based in St. Louis, is in its second generation of family ownership. It has survived a recession and today supports 90 employees.

WHAT INSPIRED THE BUSINESS STARTUP? In 1951, owner Steve Goedeker’s dad started a radio and TV repair shop out of the family home. He was doing so well that he decided to start selling appliances and electronics at a discounted price. He was able to purchase a showroom in south St. Louis. In 1970, the business was growing so fast the family had to expand into a larger building. Steve (pictured above) took over the business when his dad passed away and continues to run Goedeker’s today.

DID YOU EVER ALMOST GO OUT OF BUSINESS? Yes! Goedeker’s faced a crisis not so long ago that threatened the business’s very survival, but ultimately led to its greatest transformation. In 2008, the economic recession hit Goedeker’s very hard. Almost all small businesses were struggling, Goedeker recalls. Sales were way down. Most people were repairing their old appliances rather than buying brand new ones. Goedeker says he had to ask himself several questions. How could his company survive the downturn? How could they not just survive but do better? He reminded himself that business is an evolution. The Goedeker team sat down and rethought the company’s entire strategy. They had already tried all of what Goedeker calls the “old school” tricks to bring in more sales. That’s when he says the company’s leadership thought, “What do we have to lose?” They thought, maybe selling online would give just enough to make it through the rough patch.

BIGGEST RISK IN THE BUSINESS: It was going into business online, Goedeker says emphatically. It was a fairly new idea in the retail industry, and almost unheard of for a small brick and mortar store. But the company had run out of options, Goedeker insists. Though company management didn’t know what would happen, they did know if it didn’t work, they would have to close.

BIGGEST WIN: Not too surprisingly, the decision to go into business online proved to be the company’s biggest win too. The original plan was to do a little business online to help the brick and mortar store survive. But today, Goedeker’s is an online retailer that does a little business out of its brick and mortar store, instead of the reverse. The store had about fifteen employees when they started selling online as NumberOneDirect.com. Though they kept the physical store open for local customers, Internet sales really began to pick up. That’s when the company switched its online address to Goedekers.com. But that wasn’t the only change. Not by a long shot! The retailer also had to renovate its 50,000 sq. ft. showroom to make room for warehouse space and its growing staff of Internet employees, a staff that is now six times as large as when it began.

ONE THING YOU WOULD CHANGE: Obviously, Goedeker says he would have gone into online sales even sooner. The move would have given his company the chance to gain more experience in eCommerce and to be a bigger player in online appliance retail than it has already become.

WHAT THE BUSINESS IS KNOWN FOR: Goedeker is proud to say his company is most known for its Christian values. Goedeker’s philosophy states, “We believe everything we do should be for the greater glory of God. Our priority is to serve our fellow man to the best of our ability. We want our customers to see Christ in us and in everything we do.” The philosophy even appears on the landing page of the company’s eCommerce site.

WHY IT IS KNOWN FOR THIS: Goedeker says the company has never tried to hide that it is a Christian business. In advertising, he says, “we remind customers that they may call on us any day but Sunday.”