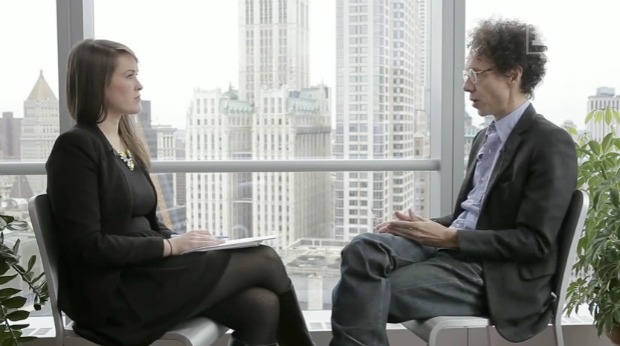 Small business owners are almost always underdogs. They deal with competition from companies with much larger budgets and more resources at their disposal. So how can David compete with Goliath?

Beating the favorite means putting in a lot of long hours and hard work.

To illustrate his point, Gladwell cited an example from a software mogul he knew who coached his 12-year-old daughter’s basketball team.

Here’s an excerpt from the interview in which Gladwell tells the story:

Gladwell says when his friend started coaching the team, they appeared to have no chance of winning. The girls were all devoid of any athletic talent. They were incapable of either the passing or the shooting that traditionally makes up a championship basketball team. But they ended up making it to the national championship anyway.

Gladwell explains that the team’s unique strategy was to play a full court press during the entire game. A full court press is a defensive strategy that requires minimum ability in terms of passing or shooting but prevents the opposing team from advancing far enough on the court to score. It was certainly an effective strategy, but not without its drawbacks.

“It requires, however, that everyone on your team expend maximum effort every minute of the game. You cannot loaf for an instant… Most people will not play that way, because it’s too difficult.”

But for underdogs, outworking the competition is often the only viable option, Gladwell explains. And the same thing can be said for the business world, he added.

Underdog companies that start out small and short of money and resources must often work much harder than larger businesses in order to successfully compete.

Gladwell says he often searches outside the business world for examples like his friend’s basketball team. But he says today business leaders are well able to understand and draw the appropriate conclusions.

Nowadays, Gladwell says, business leaders are just as likely to be focused on fields as diverse as social psychology and neuroscience, taking and applying ideas from anywhere to create a successful business.

It is a sign that business owners are working not only harder – but smarter when building their companies.