94 Percent of People Think Buying From Small Businesses is Important 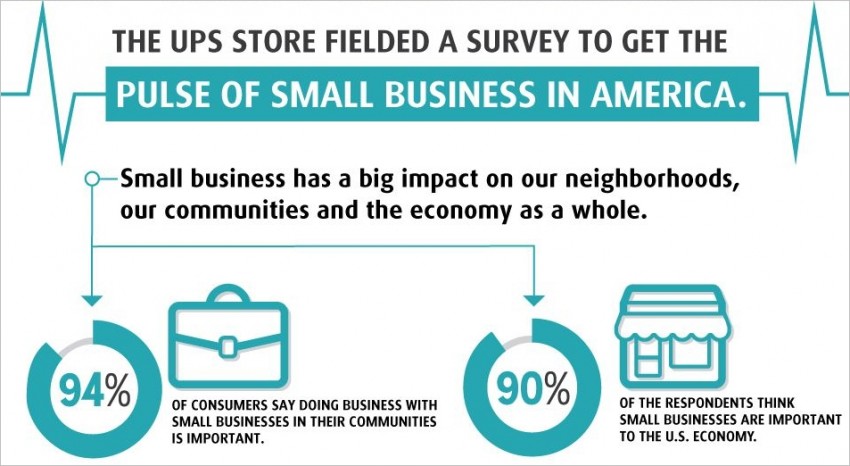 You may be happy to know that the majority of people think it’s important to frequent and buy from small businesses.

“We know firsthand that small businesses make a big impact, providing products and services across the country. They provide more than half of all new jobs in the U.S., and are a vital part of our neighborhoods.”

In addition to those numbers, The UPS Store found that more Americans are willing to spend more and go further to support small businesses in their communities.

Why the Sudden Increase in Support of Small Businesses?

The UPS Store has also created an graphic showing off the key results of the survey.