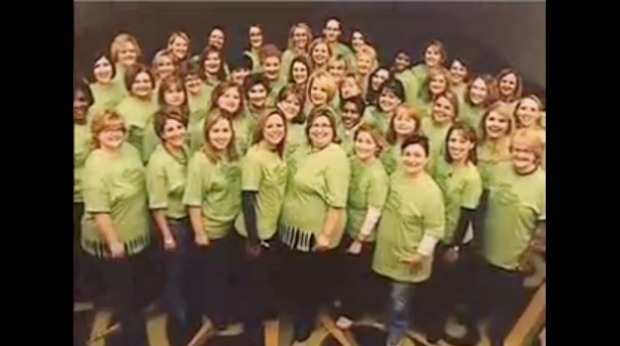 When Shannon Wilburn hosted a consignment sale for friends in her living room in 1997 with friend Daven Tackett, she didn’t know it was the start of a $24 million dollar business. Wilburn, of Tulsa, Okla., was simply looking for a way to earn some extra money so she could stay at home with her two toddlers. So her mother, Pam Willingham, suggested that she organize a consignment sale for gently used maternity and children’s clothing.

Wilburn organized the event with about 17 friends she knew through her church and hosted it in her 400-square-foot living room.

After the initial event, word of mouth became a key tool for Just Between Friends. People began asking when there would be more events. And Willingham even wrote to friends around the country to tell them about her daughter’s new business venture, Wilburn told Fox Business News.

Early on, Wilburn was hosting sales in Tulsa about twice per year. Eventually, she began allowing moms in other cities to use her business model and name. In an interview with CNN’s How We Got Started she explained:

“We found out that, Oh, well, Ooops. We weren’t supposed to let those people use our name. But actually it was a good thing because it said, ‘you know what, Just Between Friends is a concept that will work.’”

With that added confidence, Wilburn put together an official franchise program. It allowed moms around the country already using the name to officially become part of Just Between Friends. Now, Just Between Friends has 95 different locations throughout 20 states.

Wilburn eventually sold off her original Tulsa location so that she could focus on the franchise operation. She says it wasn’t her intention to start a nationwide franchise. But her business model was so universally appealing to moms around the country that it just caught on and took on a life of its own.

And in this case, Wilburn actually benefited from breaking some key rules, like allowing others to use her business name. Since Just Between Friends is a business based on working together and helping moms help themselves, it turned out to  be  an important part of her company’s brand.

Editor’s Note: This post has been edited to reflect Daven Tackett’s role in helping to launch Just Between Friends. The point was also made in the video, but for the sake of clarity, we have added it in the text as well.

Read more: The most profitable franchise in the U.S.