Businesses often start by fulfilling a niche need and then eventually grow beyond that need to offer other products or services as they grow.

Think of how Google started as a way to organize the Web with its search engine. Eventually it added mapping, Google docs and many other services.

Or think about how Apple started by serving those who wanted a powerful personal computer experience. But the company would eventually create products ranging from tablets to smartphones to music players.

So it’s unique to see a business that started in a very specific niche and stayed there successfully…for more than 100 years.

Still, that’s the story of Worksman Cycles. The company runs a bike factory with about sixty employees. And they still make bikes catering largely to the same niche, merchants and industrial workers who need to transport cargo. See the video profile of the company below:

In 1898, the company was founded by entrepreneur Morris Worksman.

Worksman owned a dry goods store on Manhattan’s Lower East Side. He got the idea for his product by watching street merchants struggle to transport their merchandise.

The solution was a bike specifically sold to vendors. The bikes are still used by everyone from hot dog vendors to pizza delivery people today.

Then during World War II, Worksman’s son had an epiphany. While employed as an aircraft engineer, he realized how useful the bikes would also be for transporting workers and their cargo across gigantic manufacturing plants. It was an extension of the same service the bikes had performed for street merchants transporting their wares. 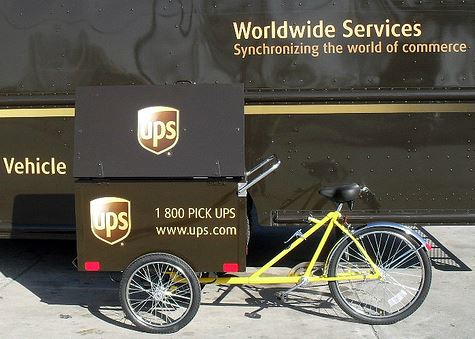 Today, the company’s industrial tricycle, a three-wheeled vehicle with a cargo space in back, is still the main transport used by maintenance and other workers at Boeing, Ford, WalMart and General Electric. These companies remain Workmans’ biggest customers.

Meanwhile, consumer bicycle manufacturers with much more diversified offerings like Schwinn have long since moved overseas.

Worksman has stayed in the U.S., although many of the company’s suppliers are now outside the country. Yet the company continues to serve the same market, co-owner Wayne Sosin tells CNN Money.

Worksman also continues to see an 8 percent growth in sales each year, despite tough times during the 2008 recession.

It’s not that Sosin or his partners are against innovating or moving into new markets. The company just introduced a bike for off road use and consumer model bikes priced at around $500. (Worksman’s industrial models are around $1,000.)

But clearly this bike maker is proof that some businesses do best when carving out a small distinct niche…and staying there.