Android Users, You May Be the Next to Get a Tablet Version of Microsoft Office 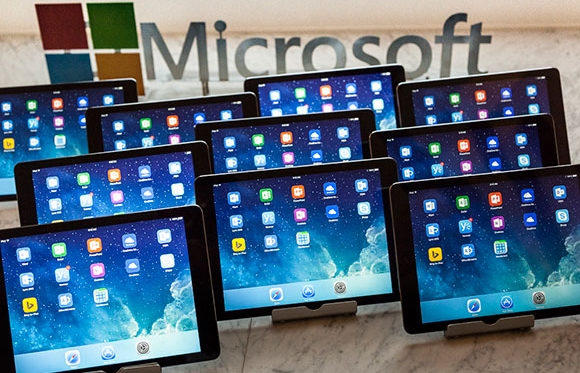 If you’re a fan of Android but need some core Microsoft software like Word, Excel and PowerPoint for business, there’s some exciting news coming out of Redman.

A touch screen tablet version of Microsoft Office is coming for Android and could be here by the end of 2014.

Now, to clarify, the idea that Microsoft would develop a tablet version of its Office suit for Android someday isn’t new.

Microsoft has been talking about providing touch screen tablet versions of Office for other operating systems (Android included) for months now. The first inkling came when the company announced Office for iPad earlier this year, Geek Wire reported at the time.

And, of course, as Andrew Kameka of Mobile Burn points out, there are Android apps for Office Mobile already available. But these aren’t really the same as a full Android tablet version of Office with a full suit of features.

Let’s put this into perspective. A tablet version of Microsoft Office for Android means doing things on your Nexus or Samsung tablet you use to be able to do only on Windows for PC.

And maybe the most important part, the news for small business owners is this. It’s a sign of more flexibility ahead in terms of being able to choose the tools that work best for you.

As Microsoft CEO Satya Nadella suggested recently in one of a series of tweets defining a new direction for the company’s software development:

3/7 People centered. Apps power experiences across devices. We will not be bound to one app, on one device, in one place

Microsoft is supposedly even pushing the Android tablet version of Office out before a new “touch first version” for Windows 8. That’s according to Mary Jo Foley of ZDNet who first reported this story citing deep industry sources.

Again for clarification, Microsoft already has a touch version for Windows 8. But it’s really designed for mouse and keyboard first, not tablet users, Mashable reports.

So this could be another indication that important tools will be available to small business owners in the future no matter what operating system they use.