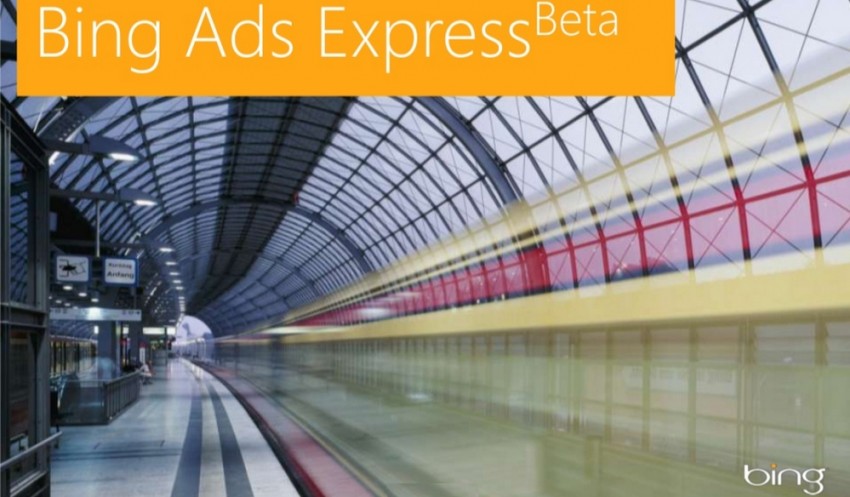 Bing is apparently putting the breaks on its Bing Ads Express service launched in October of 2013.

Microsoft, which owns Bing, had apparently hoped the service would appeal to small local businesses especially.

But apparently, there haven’t been enough takers. So if you’re participating in the beta or had thought about it, it looks like Microsoft plans to shut the whole thing down as of July 30.

Here’s what we know.

Back in October 2013, Bing unveiled the program claiming it would help businesses launch an ad campaign in minutes.

At the time, Ginny Sandhu, group product marketing manager for mobile and local advertizing at Microsoft, claimed the new service would let you set up your campaign in three steps: 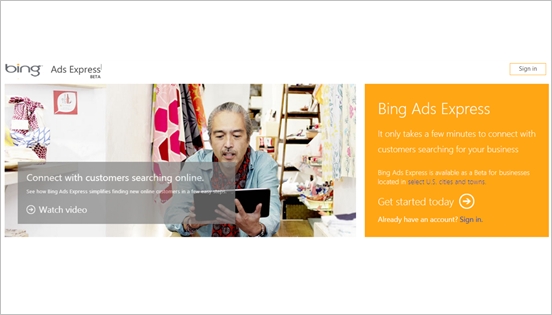 This was and is a much shorter process than the steps generally involved in setting up a typical pay-per-click campaign, as Sandhu explained on the official Bing Ads blog at the time:

“We take that information and do all the heavy lifting for you. From creating Ad Groups, Keywords and Bids, to managing your advertising campaign on a daily basis. Not to worry – you always stay in control; you tell us how much you want to spend in a month and we will make sure you never spend a penny more.”

Another key feature was apparently the way Microsoft was encouraging a tie-in with local businesses and their Facebook pages, as Ginny Marvin of Search Engine Land reported.

Many small local businesses use Facebook as their de facto Web presence. The new service offered an easy way to create geo-targeted ads on Bing, Yahoo and other partner Web services quickly.

“Since launch, we’ve learned a lot about the challenges faced by businesses when promoting their business online. For many of our Bing Ads Express customers, offering simplified, automated options removes a granular level of control, sometimes needed in reaching their marketing goals. As such, we will be making some important changes in July.”

So it seems local advertisers Microsoft was hoping to attract would rather use the old way to set up ad campaigns giving them more control, as Sandhu said. Or the simplified process was still not enough to attract local businesses to pay-per-click ad programs on Bing and Yahoo.

Either way, Bing says after July 30, 2014 participants in Bing Ads Express will no longer be able to access their accounts. You can still set up campaigns for Bing, Yahoo and partner sites through Bing Ads, however, and contact the Bing Ads Support Team if you need help making the transition.