Don’t Want to Sell Your Own Stuff? eBay Valet Will Do It! 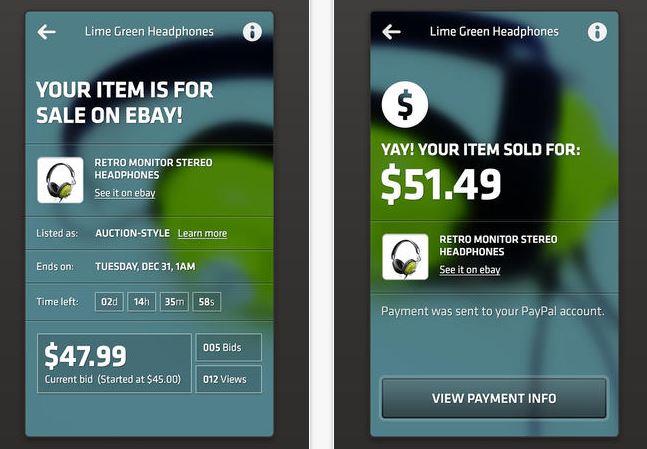 It’s finally happened! If you’re an eBay seller but no longer want to deal with the…uh, selling part…now you can outsource that too.

A new app, eBay Valet, and the service it supports, are kind of like an online version of an eBay consignment store.

You download the app and take a photo of the item or items you want to sell. Send the photos and you’ll be given an estimated selling price. The eBay Valet service then sends you a box with prepaid shipping label, if you decide to proceed with the sale. This is what you use to pack and mail your item to eBay Valet.

From here on in the service, which is actually run by eBay, takes over.

Basically eBay Valet handles all the aspects involved in actually selling your product. The services takes care of taking the photos, writing the descriptions and then ships out the purchased item to your customer. Oh, and you even get to keep 70 percent of the sale price. Ebay Valet keeps the other 30 percent as their share for providing the service.

But it doesn’t really seem like such a bad deal considering all you’ve done is snap a few photos and mail in a product or two.

The service is an expansion of the earlier eBay Sell for Me program. And it’s another one of these services that seems poised to transform eBay selling into a much more exact and potentially scalable business model.

In some ways, it reminds us of a service like Terapeak, which gives you eBay analytics to take the guess work out of pricing. Though not owned by eBay, Terapeak has a special relationship  that gives the company access to  some deep selling data. But it can do some very similar pricing estimates on Amazon too.

This gives the eBay seller a much better way of choosing inventory too. Because you can make an estimate of how much a particular item or product might make before you even buy it.

But eBay Valet adds to this a way to remove some of the potentially tedious aspects of an eBay selling operation — listing, packaging and shipping orders — leaving the seller to focus almost exclusively on refining product selection.

There are, of course, caveats.

For one thing, there’s a long list of items the service won’t handle. Some of those include bulky items over 25 pounds, including some furniture. The service also won’t handle, CDs, DVDs, items that aren’t in good condition or basically anything that would sell for less than $40.

This is a partial list suggested by TechCrunch, but it would be best to do your own analysis of the service to figure out whether it would work for the kinds of products you want to sell.

For another thing, the app appears only to be available on iPhone thus far, and it’s a pilot program, so we’ll see how it fairs.

Still, it would seem likely other similar services would eventually jump into the niches eBay Valet doesn’t cover and that the space for outsourcing some aspects of e-selling should heat up over time.