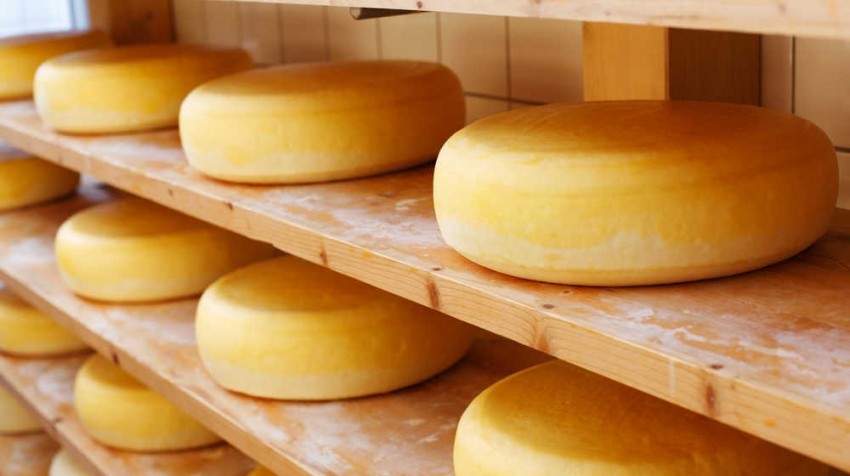 The U.S. Federal Drug Administration has sent a shock wave through the small business cheese making community. The agency says cheese can no longer age on wooden boards.

EDITOR’S UPDATE: The FDA backs down.  Based on an outcry from a variety of sources, the FDA quickly backed down.  However, we’re keeping this article up, as it is instructive for future situations.  It shows that fast push back against attempted regulatory overreach, can help.   And as Greg McNeal points out, there’s nothing to stop the FDA from coming up with new regulations in the future.  For more on cheese safety for small cheese making businesses, see the American Cheese Society’s Best Practices Guide. The remainder of the original article follows.

The FDA claims using wooden boards, a time-honored technique in cheese making, leads to health risks from microbes.  The issue apparently came up after the federal agency cited some New York State cheese makers for the practice.

“Microbial pathogens can be controlled if food facilities engage in good manufacturing practice. Proper cleaning and sanitation of equipment and facilities are absolutely necessary to ensure that pathogens do not find niches to reside and proliferate. Adequate cleaning and sanitation procedures are particularly important in facilities where persistent strains of pathogenic microorganisms like Listeria monocytogenes could be found. The use of wooden shelves, rough or otherwise, for cheese ripening does not conform to cGMP requirements, which require that “all plant equipment and utensils shall be so designed and of such material and workmanship as to be adequately cleanable, and shall be properly maintained.” 21 CFR 110.40(a). “

Wooden shelves or boards cannot be adequately cleaned and sanitized. The porous structure of wood enables it to absorb and retain bacteria, therefore bacteria generally colonize not only the surface but also the inside layers of wood. The shelves or boards used for aging make direct contact with finished products; hence they could be a potential source of pathogenic microorganisms in the finished products.”

Defenders of board aging feel the government is over dramatizing the risk.

Board aging of cheese is a well-established technique. In fact, some of the most awarded and well-respected American artisan cheeses are currently aged on wooden boards.

Jeanne Carpenter, a former spokeswoman for the Wisconsin Department of Agriculture explains. Writing on the Cheese Underground blog, she says:

Cheese enthusiasts argue it will alter the technique that differentiates artisan cheese from mass produced versions like Velveeta or Kraft. In other words, the FDA requirements could eliminate the competitive edge of small business cheese making.

The change to plastic or stainless steel surfaces also will represent an added expense. That expense will hit small businesses harder than their large counterparts.

Critics like Walter Olson of the Cato Institute believe the real problem is the law. Congress enacted The Food Safety Modernization Act (FSMA) in 2011. He warns it will target many other small businesses in the food industry with standards that differ from larger producers. On his blog Overlawyered, Olson points out:

“We warned at the time that the ill-conceived Food Safety Modernization Act (FSMA) of 2011 would tend to choke off many non-industrial food sources.”

And the law may not even stop at the U.S. small business cheese making industry, Olson adds:

The agency apparently intends to apply the same standard to imported cheese as well, which means that in addition to devastating artisanal cheese producers in this country, the move would cut off Americans’ access to large numbers of classic European cheeses, many of which, like Comte and Reblochon, “are required to be aged on wood by their standard of identity.”