These High School Entrepreneurs are Building the Next Google 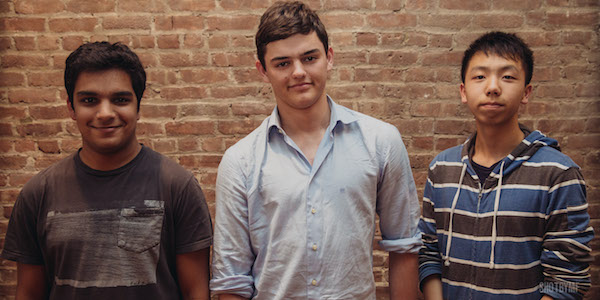 The next Mark Zuckerberg, Steve Jobs or Larry Page could still be in high school. Three 17-year-old students at Horace Mann School in Riverdale, N.Y. could be among these future tech entrepreneurs. The three have already developed a search tool some say could change the online landscape completely.

Sahil Gupta, Stan Zhang, and Cavan Klinsky, originally created Gevva as part of a high school hackathon competition. After winning a $500 prize for that accomplishment, the three avoided doing what other teenagers might have done, blowing it all clothing or entertainment. Instead they used the cash for an exhibitor fee at New York’s TechDay billed as “the world’s largest startup event.”

There, they had the opportunity to show off their creation amid big names in the tech world, including Microsoft, Yelp, Uber, and Gilt.

“The average Internet user has a routine of things they do each day on the Web. For example, you use Google to look for directions, read the news or find a restaurant to eat at. The result you’re looking for is spread over many sites and Google bridges the gap. But Gevva takes the quickest headlines, best directions, best restaurants and unifies your result into one easy to use and fast package.”

While Gevva is still a work in progress, the event did present some opportunities for future growth. The trio spoke with potential investors, a few people interested in interning, and even received an offer for free office space. 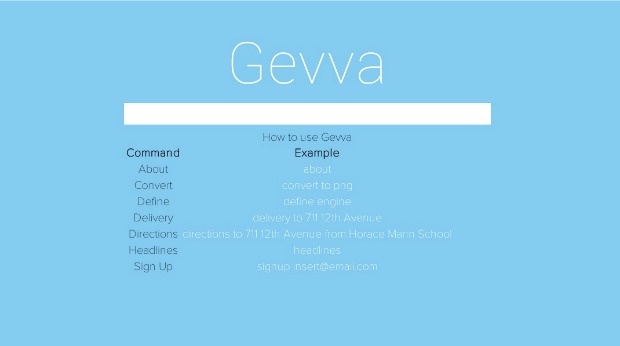 It’s clear that the idea behind Gevva is intriguing and the ability of its founders is solid. They’re self-taught coders and clearly well versed in computers.

Technology has provided endless possibilities for people of all ages and backgrounds to create something truly groundbreaking. The fact that these three budding tech entrepreneurs are still in high school makes their venture even more impressive. But it’s only one example of what’s possible.

Think of  entrepreneurs who have used technology to launch a business based on a long-time hobby or build an advanced piece of gadgetry at a significantly lower price. Consider how you can use technology to create something truly unique in your business.

Now, start looking for the tools and developing the skills you need to succeed.