Here’s How to Make Your Tweets Stand Out 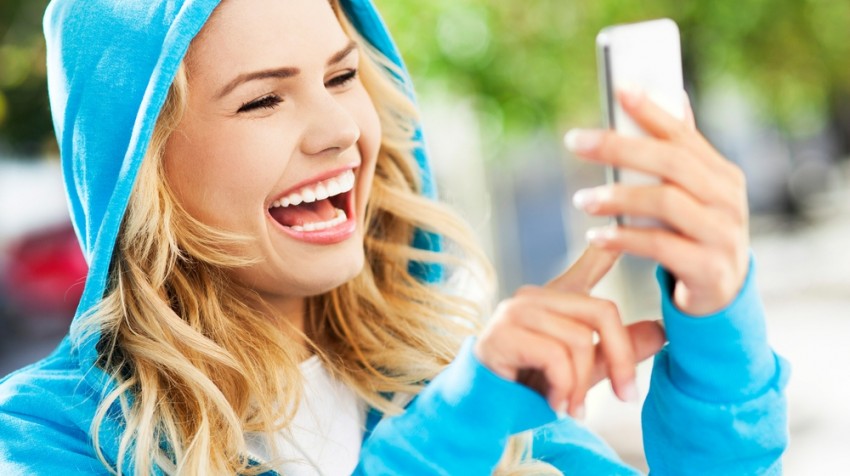 Twitter is an interesting tool. It is undeniably powerful and effective. But one thing remains complicated with Twitter – the amount of buzz coming from it every single second.

Because it is such a large tool with so many members, you have to really make your tweets stand out if you want to drive traffic and interactions to your site. This primarily comes down to content, and optimizing it in such a way that enforces your overall Twitter strategy.

How can you do this, when so many others are trying to do the same?

The good news is that you are competing for attention within a specific niche pool, which increases your likelihood of being seen, getting a clickthrough to your site (in the case of share links), and having others follow your account, and retweet or favorite your content. The tips below will help you boost your tweets, so they really stand out against the crowd.

Sometimes you need more than a snappy title to catch the interest of your potential followers. Rather than copy/pasting the title of a link, try pulling a quote from the text to get people interested in what you have to say.

For example, @Clientsfh will tweet a sentence from within their stories, as their posts don’t have actual titles. They are careful not to give away the punchline, instead enticing people to click through using an engaging segment likely to resonate with freelancers: 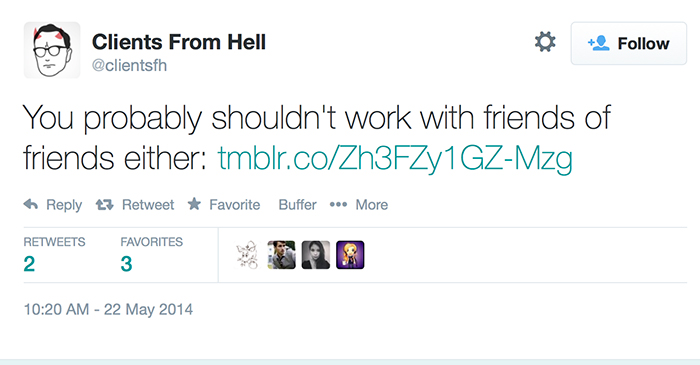 If you quote someone else, be sure to @ tag them, which provides you with a further means of engagement. Put the tag at the beginning of the post with a period at the beginning (such as .@Clientsfh) to show up on the feed of their followers, as well.

Be Bold, Not Bland

“5 Ways To Improve Your Twitter Marketing” or “You’ve been using Twitter wrong from the beginning, and I can prove it!”

Which one of these do you think people are more likely to click on when they see it come up in their Twitter feed?

The first gives direct detail into what will be found, but it is easy to ignore on a live-updating list of content vying for the viewer’s attention. The second doesn’t give anything away, but it promises to. It offers just enough to make the viewer curious about what you might have to say.

Sometimes, you can be even more brash, or even more vague. Just ask yourself, if you saw that tweet, would you want to know what it was about? If the answer is yes -you are on the right track.

One of the best examples I have ever come across for promoted Twitter content came from a single word – and a link. The post was a collection of badly made graphic designs that were done by “professionals.” But you wouldn’t have known that from the tweet. What did it say?

That is it – just the word no and a link to the content.

Why was this clever? Because it was one word, it offered no information. I had never seen that done before, and yet it somehow managed to deliver. Everything about the post it was linking to was a no.

This kind of tactic can backfire, however, so make sure you are choosing your words carefully. But if you can say it with less – do it.

There is a lot of debate about just how you should be using hashtags. Some even don’t think you should be using them at all. Personally, I think it is more about using them to become associated with that hashtag, rather than any real enhancement of your tweet. Sure, you can add context to a tweet using a hashtag, which is a decent method if you are trying to be goofy, funny or sarcastic.

However, as a professional user, these instances won’t be very common. You’re better off focusing on singling in on related hashtags that narrow down what most of your content will be about in the long term:

That way, your tweets start coming up regularly in search, which drives people to follow you, or else follow your links to your site. Relating yourself to a hashtag (or branding your own as seen below) is an instant visibility – and even traffic – driver.

Why tell them, when you can show them?

There is a major problem with Twitter users ignoring the potential for sharing photos and videos on their profiles. Sure, as a microblogging site, that isn’t really what it was made for. But it still has the capability, and users like visual content as much as Facebook or Google Plus adopters.

Plus, there is an image and video specific section in search results, right at the top. Add a couple of hashtags, or @ tag some relevant users, and you have a great and targeted way of using visual content on Twitter.

Running a #smallbusiness can take up a lot of your time. Try these productivity hacks: http://t.co/jB9baNYUN8 pic.twitter.com/Av73NpA5fF

It can be easy to fall into the habit of random sharing. But all social media campaigns should have a tone and specific way of marketing. That means knowing what your followers want to see, and what they are most likely to share with their own friends.

Invest in a social media dashboard, such as Hootsuite, to track analytics. You can also use something like Moz for more detailed information. You can see how often certain content is being shared, and figure out what you should be posting more of.

Getting a tweet it stick out isn’t really that difficult. But there is one tip that is more important than any other in social media marketing – be consistent.

So get out there and start tweeting, armed with these tips on how to be seen on Twitter, to make your posts just a little bit better.