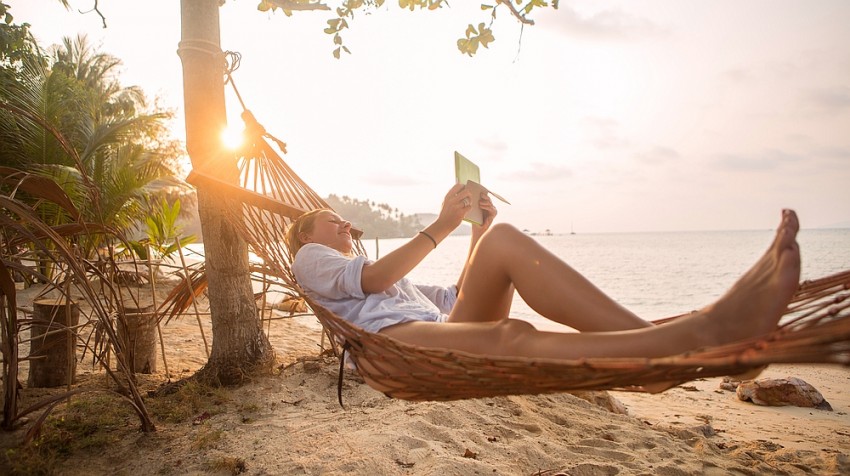 There are many service providers that can benefit small businesses today, especially online. Two of those service providers had major announcements this week. And, there are plenty of other important developments, too. Be sure you stay up-to-date with the information that could most affect your business. Let the Small Business Trends editorial team keep you in the know.

Rock Your Business With These 23 Website Building Tools. You don’t need a big budget to create a rocking small business website or Web presence. There are many inexpensive or even free Web building tools out there.

Twitter Attack Caused Thousands to Retweet a Single Message. A Twitter attack caused thousands of people’s accounts to retweet a single message this week. But this was apparently only if the original tweet that started the trouble was viewed through TweetDeck, a popular application used to manage Twitter accounts.

Ever Wish You Had the Same Data As Amazon? Terapeak Says You Can. When deciding how to set your prices or maybe even what to sell in the first place – it would be great to have more information.

Lumiary Lights the Way for Marketing Your Online Business. Meet Lumiary, the company that says it will pull in all of your marketing stats and analytics, and save you a lot of time overall.

Estimated Tax Payments: Your Questions Answered. Estimated income tax payments are a fact of life for most of us who run our own businesses. Unlike those who are employed and receive paychecks where taxes are withheld by the employer, most business owners and the self-employed will be required to periodically send an amount called “estimated tax payments” to the IRS.

Angel Investments Update Since the Economic Downturn.  Now that the CVR has released its 2013 estimates of angel investing activity in the United States, we’ve provided an updated analysis.

30 Crowdfunding Sites to Take Your Venture to the Next Level. Small business owners frequently do not have the capital to pursue new venues, and crowdfunding is one way to obtain needed funds to bring your innovative business ideas from dream to reality.

New Magazine Tells of Smart Hustling Small Business Entrepreneurs. Is there a difference between a small business entrepreneur and other small business owners? Ramon Ray, technologist at Smallbiztechnology.com, says he believes there is.

How to Turn Your Home Brewing Hobby into a Business. Michael Langone, the entrepreneur behind HopBox, combined a variety of different skills and interests when launching his home beer brewing business. Langone was studying to become an architect, and didn’t expect to make brewing a career.

How to Turn a $300 Investment into a Design Business. Terrence Kelleman started his business completely by accident. With no previous business or marketing experience, he turned a small investment into a multi-million dollar design business.

These High School Entrepreneurs are Building the Next Google. The next Mark Zuckerberg, Steve Jobs or Larry Page could still be in high school. Three 17-year-old students at Horace Mann School in Riverdale, N.Y. could be among these future tech entrepreneurs.

Michael Dell To Promote Entrepreneurship Globally For UN Foundation. Michael Dell and his company Dell Inc. have been emphasizing entrepreneurship and the innovation it brings over the past year. The company even launched an ad campaign in 2014 celebrating Dell’s roots as a dorm room startup.

Think You’re Lucky? The Power of Optimistic Thinking Could Mean Cash! When National Geographic took to the streets to ask people if they felt lucky or unlucky, little did the people know they were partaking in an experiment of positive thinking – and $20 was at stake.

Uh Oh! Sleep Deprivation is Linked to Unethical Behavior. How much sleep did you get last night? If you work at a small business, it’s probably less than six hours. So did you tell any lies today?

New Horizons 123: Video Production, With No Camera. Julie Weishaar, owner of New Horizons 123, is a video marketing consultant working with small businesses to create videos to promote their brands. That may not sound too unusual until you realize that she does it without a camera.

This FDA Ruling Could Devastate Small U.S. Cheesemaking Businesses. The U.S. Federal Drug Administration has sent a shock wave through the artisan cheesemaking community by saying that cheese can no longer be aged on wooden boards.

Reading on Vacation Photo via Shutterstock