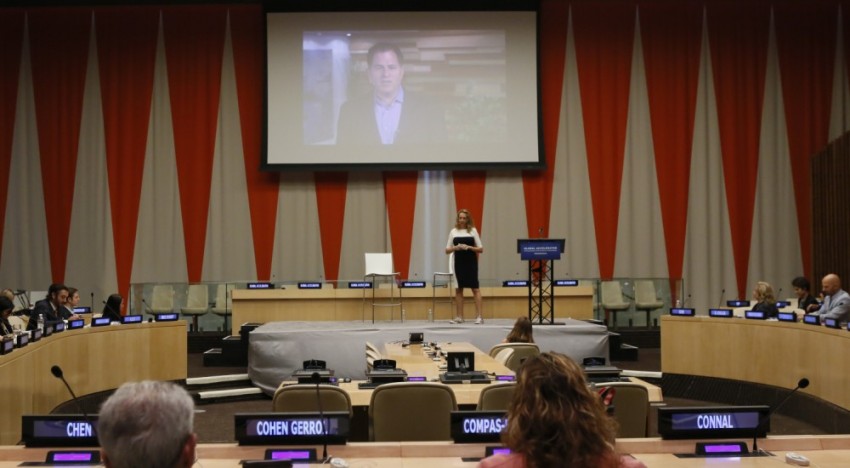 Michael Dell and his company Dell Inc. have been emphasizing entrepreneurship and the innovation it brings over the past year.  The company even launched an ad campaign in 2014 celebrating Dell’s roots as a dorm room startup.

And now Michael Dell is laying plans to make an impact on a global scale outside of his company, as the new Global Advocate for Entrepreneurship for the United Nations Foundation. The UN foundation is a nonprofit arm of the United Nation. It helps support UN initiatives.  The UN Foundation was created in 1997 with a $1 billion gift by another entrepreneur, Ted Turner.

“Michael has been a risk taker and change maker from the day he built a global company from his college dorm room,” said Kathy Calvin, President and CEO of the UN Foundation.   “Now his company Dell Inc. affects lives of people around the world. We know Michael will bring this same drive and passion to his new role for the UN Foundation. He will work to maximize the power of entrepreneurship by helping people support international development and global priorities for growth, prosperity and peace.”

Dell talked about his goals and expectations in an interview in Fast Company.  “Part of what we’re trying to do is sort of raise entrepreneurship to the level of the public policy agenda.  If you look at what’s going on in the world today, in terms of where jobs are being created, all of the technological change that’s out there, the pace of advancement, we need more entrepreneurs. We need more risk-taking,” Dell said.

The Global Accelerator event was developed by the UN Foundation’s Global Entrepreneurs Council and is co-hosted by the UN Department of Public Information.  One hundred entrepreneur delegates were specially nominated to take part in this day-long program.

The Global Entrepreneurs Council is chaired by Elizabeth Gore, the UN Foundation Entrepreneur-in-Residence. The Council works together for a two-year term to help the UN Foundation support the UN’s efforts to increase innovation and impact. Council members represent various industries including, corporate, creative community, and media.