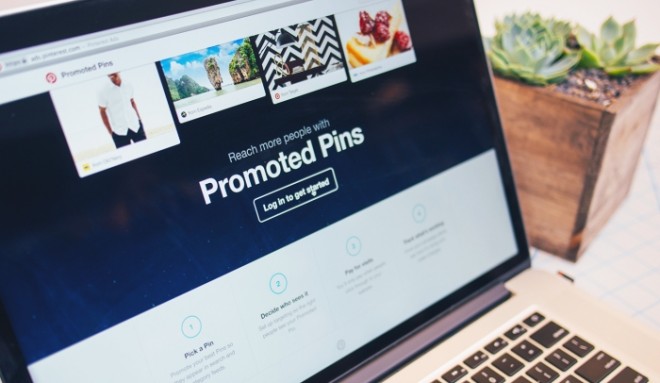 Following the lead of other social networks like Facebook and Twitter, Pinterest is ramping up its marketing features. Back in September 2013, Pinterest announced it was beginning to experiment with sponsored pins. Now the company says it is rolling out a do-it-yourself promoted pin feature in beta too.

Back in September, company CEO and Co-Founder Ben Silbermann had described the new sponsored pins as a way for advertisers to have paid content come up in results and category feeds.

An example Silbermann had given at the time was a sponsored pin of a Batman costume coming up under a search for the term “Halloween.” The ads are also apparently for bigger brands working directly with Pinterest, ClickZ reports. Meanwhile, the new do-it-yourself pins are more for small to medium sized businesses that prefer self-serve features.

In a more recent post on the official Pinterest for Business Blog, Product Manager Jason Costa said the new DIY sponsored pins would be available on a cost-per-click basis at ads.pinterest.com eventually.

For now, however, Costa said businesses interested in taking part in the testing of either of these new ad products could sign up and wait to be contacted. Only U.S. businesses are eligible to help test the new services at this time.

The company is also rolling out more advanced analytics that it says will give businesses a better idea of the impact their marketing is having. Costa explains:

“In addition to seeing what people are Pinning from your website, you’ll also be able to see how Pins from your Pinterest profile are performing. We’ll tell you which of your Pins and boards are driving the most impressions, clicks and repins. We’ll also clue you in to Pins that drive engagement across different platforms.”

Business users can learn more here. You must be signed up for a Pinterest business account to use any of these new features, Costa adds.

Pinterest introduced business accounts about 18 months ago. The site now has many business account holders, says Costa. They include Artifact Uprising, a custom printing business in Denver, and Food52, a website for home cooks, just to name two examples.