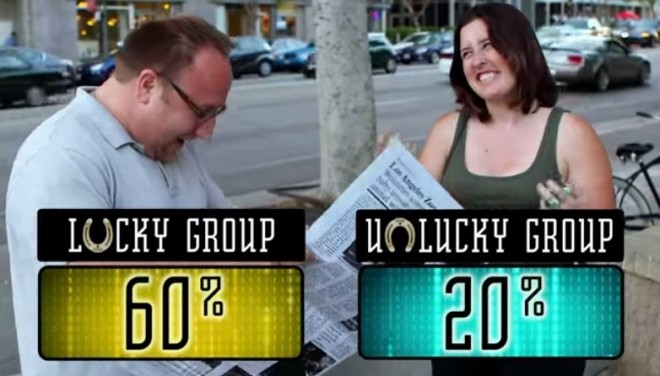 When National Geographic took to the streets to ask people if they felt lucky or unlucky, little did the people know they were partaking in an experiment of positive thinking – and $20 was at stake.

In the experiment, passersby were asked whether they considered themselves lucky or unlucky. Then they were handed a newspaper and asked to count the number of images they saw. Those who produced the right answer would win $20.

It turns out that if you think you’re lucky, you’re more likely to succeed!