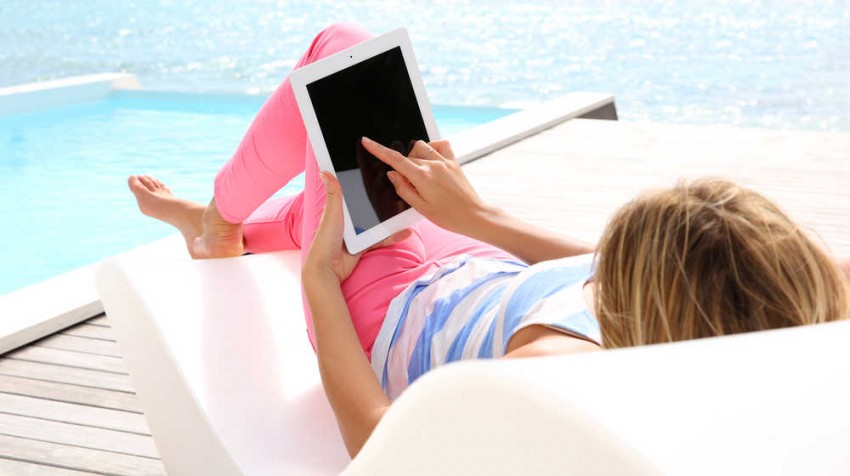 News this week includes the shutting down of a fairly high profile online ad program. Meanwhile, a more famous online review site introduces instant messaging to its options. Here are the headlines you need to keep up with this week to keep your small business competitive.

Microsoft Puts Brakes on Bing Ads Express. Bing is apparently putting the breaks on its Bing Ads Express service launched in October of 2013. Microsoft, which owns Bing, had apparently hoped the service would appeal to small local businesses especially. But apparently, there haven’t been enough takers.

Yelp Will Let Your Customers Message You. For small businesses, including those with a brick and mortar presence, handling customer feedback is getting to be a 24 hour, 7 day a week job. Looking at sites like Yelp alone, you have regular customer reviews good and bad to monitor and respond to. There’s also the opportunity for customers to upload photos (and more recently even Yelp video) of your business.

Pinterest Introduces Faster Location-Based Search. Pinterest is introducing a faster location search to make better use of some of the site’s other location-based features. The social pinning site introduced Place Pins about six months ago, letting people pin their favorite travel destinations, local guides and locations.

Two Year-Old ZenPayroll is Offering Time Tracking Features. Two-year-old ZenPayroll has added time tracking to its other features. The company says it is part of an ongoing effort to simplify the payroll process, especially for small businesses. ZenPayroll already claims the process of setting up payroll on its system takes only minutes.

Send Money Without a Dwolla Account With New Dwolla Direct. First, Dwolla simplified the B2B payment process. Instead of the nearly 3% transaction fee charged by some digital transaction services, Dwolla charges just one fee. Most transactions are 25 cents. (And transactions of less than $10 are free.) Now the company says it’s trying to eliminate the barriers preventing your customers from being able to easily pay you this way.

Microsoft Exchange Down for Nine Hours. For all their benefits in making small businesses more cost efficient and competitive, there are, of course, negatives to cloud services too. When a cloud service is interrupted for any reason, those relying on the service are without recourse until it is up and running again. That’s what apparently happened to an undetermined number of Microsoft Exchange customers this week.

PNC Bank Introduces Mobile Payments From Pogo. Taking mobile payments on a tablet or phone is a hot area of interest for small business merchants. It’s the way a lot of small businesses choose to do business these days. One advantage is obvious. Mobile device in hand, you can accept credit card payments wherever you may be.

A Review of Optimizing AdSense, a Google Training Program. Do you publish a website or blog that you monetize using Google AdSense? Then Google has a self-help training course just for you.

New PayPal PassPort Website is Your Portal to Global Sales. We hear it so much it’s become cliché by now – we live in a “global society” with a “global economy” and a “global marketplace” that is at everyone’s fingertips via the Internet. But in reality, it’s the ‘big guys’ who are participating globally (and reaping the benefits).

Constant Contact Launches Startup Accelerator. Do you have a startup that serves other small businesses with a product or service? Would you like that startup to grow? Then you may be interested in applying to Constant Contact’s 4-month startup accelerator program.

Liber8Me Teaches Lessons From a Veteran Entrepreneur. Laura Humphreys may have started her career as a secretary in an ad agency. But to date she has started three successful businesses and sold two. Her latest venture, Liber8Me attempts to help others learn from her experience and visualize their businesses in a whole new way.

Entrepreneurs Create the World’s First Soda Can Watch. The Can Watch S is a unique approach to recycling. Instead of treating old soda cans as junk, these entrepreneurs have used them to create a watch that actually functions as a fashion accessory. Alchemist Designs, the company behind the watch, is trying to raise $20,000 on Kickstarter to put it into production.

How to Turn a Love of Fashion Into a $700,000 a Year PR Firm. Starting a public relations agency isn’t necessarily the most traditional path to find work in the fashion industry. But a love for art and fashion eventually led Katherine Niefeld to do just that – and it allowed her to realize her dream of working in fashion.

Don’t Want to Sell Your Own Stuff? eBay Valet Will Do It! It’s finally happened! If you’re an eBay seller but no longer want to deal with the…uh, selling part…now you can outsource that too. A new app, eBay Valet, and the service it supports, are kind of like an online version of an eBay consignment store. You download the app and take a photo of the item or items you want to sell.

Twitter Tries Retweet With More Room for Comments. Have you ever wanted to comment on a retweet? You can, of course, but only if the tweet is short enough. On the Web, your only option is to copy the tweet you want to comment on. (It needs to be much shorter than 140 characters to even do this.) You then open a new tweet box and paste the tweet in it.

What Is The Best Country in the World for Women Entrepreneurs? If you expected us to say anything other than the U.S., well, you’d be wrong. A recent study shows women entrepreneurs in the U.S. have the best chance of success. Other countries seen as favorable for women entrepreneurs include Australia in the number 2 position, Sweden at number 3, France and Germany tied for the fourth and fifth positions and Chile taking up sixth place.

Average Sales Are Up At Non-Employer Firms. In February, I wrote a post about the downward trend in real sales at the average non-employer business – a company with yearly sales of at least $1,000, but no payroll – since the late 1990s. In it, I predicted that the 2012 non-employer data would show a continued decline. I’m happy to report that my prediction was wrong.

Should You Ever Make a Counter Offer to an Employee? It’s no secret that competition for experienced employees is heating up. Despite the economy’s ups and downs, the news continues to be filled with reports that businesses seeking to hire can’t find qualified workers.

Should Your Small Business Just Ignore These 7 Technologies? New technologies are released every day. For those small business owners that have shiny object syndromes (SOS), they can be hard to resist. Many are pushed to thinking that in order to have a competitive edge, they need to offer their customers the latest technology.

Tablet by the sea via Shutterstock