Ever Wish You Had the Same Data As Amazon? Terapeak Says You Can 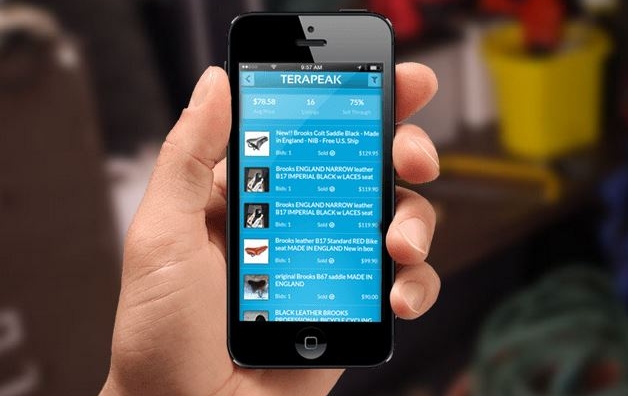 You have an eCommerce business. Maybe you sell antiques on eBay. Maybe you have a thriving toy business selling through Amazon. When deciding how to set your prices or maybe even what to sell in the first place – it would be great to have more information.

For example, what is the average price paid for the kind of antique vase you’re planning to start selling in your eBay store? More importantly perhaps, how many of them have sold recently on eBay?

You could do a bit of browsing yourself, of course. You could search similar products on eBay and Amazon and see how they’re priced. The trouble is, this may not tell you everything you need to know.

Are the couple of listings you browsed typical of what the vast majority of people are paying for that particular item? Or are they outliers priced by sellers who don’t really know their market? And how many of these things have really sold at that price anyway?

Finally, there’s location to consider. Sure, that digital camera you’ve been able to source from an overseas distributor is popular. But is it selling to customers in the U.S. where most of your orders tend to originate?

You get the idea.

Kevin North, CEO of eCommerce analytics platform Terapeak, says about 1.3 million merchants on eBay and Amazon already have access to all of data…and more.

Watch this video for a brief overview of what North says this Software-as-a-Service can do:

Founded originally by eBay merchants, Terapeak benefits from 10 years of data pulled directly from eBay through a formal agreement with the eCommerce giant.

The software has access to millions of transactions a day from which it can determine not only what people are buying and how much they’re paying for it, but it can even track your competitors — those people who are selling what you sell, North said. 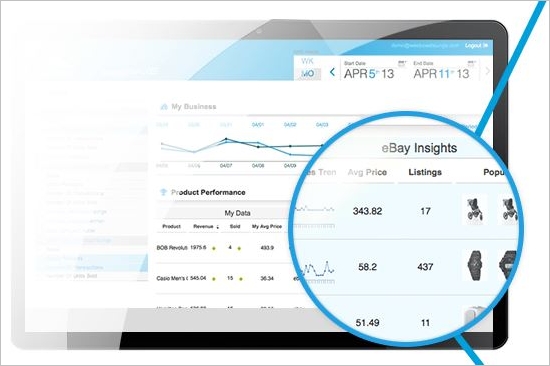 Last summer, Terapeak began including data from Amazon in its results too. Because the company has no formal agreement with this massive online retailer, North said Terapeak can’t give its customers quite the same level of insight.

For example, the software can still follow sales behavior, pricing and trends. But Terapeak can’t track your competitors in the way possible on eBay.

With the Terapeak app downloaded to a mobile phone, North says online retailers can even make decisions before they buy something to resell.

For example, let’s go back to the idea of an eBay antique seller. You might be at an estate sale and come across a find you believe you could sell successfully. A click of the Terapeak app will tell you the average the item is selling for on eBay or Amazon. So you will be able to judge whether a product might be profitable before you even spend a cent, the company says.

Finally, with so many eCommerce platforms out there, some merchants don’t use either eBay or Amazon. Even these sellers may want to use Terapeak, says North. As two of the largest retailers on the Internet, they influence pricing on all other sites too.

“It’s like saying you want to study water on Earth, but not being interested in the Pacific Ocean.”

Terapeak has recently simplified its pricing structure. The service now costs a flat $29.95 monthly or $179.95 yearly.