Authors Enter the Fray in Amazon Vs Hachette Dispute 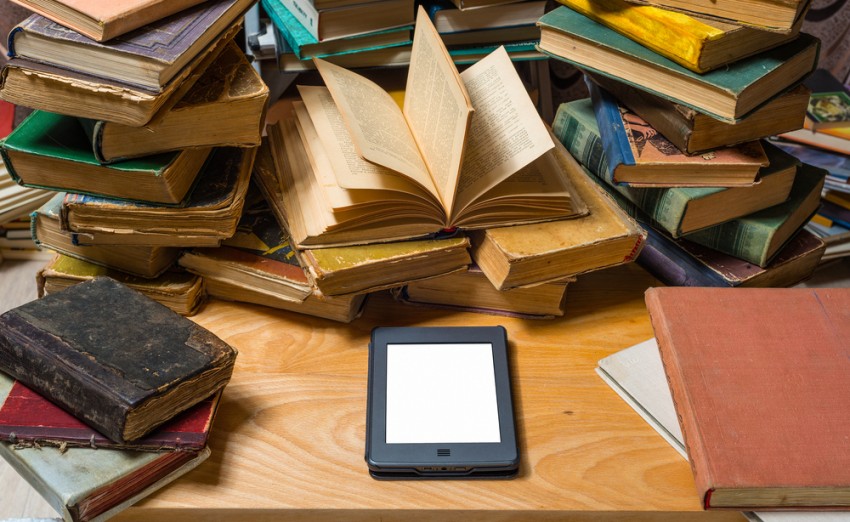 If you are a book lover, you may not even be aware there’s a battle going on about ebooks.  And it could affect your access to certain books and how much you pay for them.

At the center of the battle is a dispute between Hachette, the French publishing company, and Amazon.com over contract terms.  The dispute has been going on for three months.  Amazon wants to be able to set ebook prices (it is, after all, a retailer and retailers typically set prices).  Hachette wants to retain control of pricing to preserve profit margins over ebooks which are more profitable for them than print books due to the lower cost to produce digital books.

Now the dispute has spilled over into the court of public opinion — and authors have joined the fray.  One group of authors, defending Hachette, published an open letter on Publisher’s Weekly.

Another group of authors, defending Amazon, filed a petition drive on Change.org.

And still other authors have been giving their views — often somewhere in the middle — on their blogs and forums, and in public libraries, speeches and other places.

Up until this week, the Amazon vs Hachette dispute had turned into a public debate about Amazon and whether the retailing giant is too big, too monopolistic, too powerful.

Amazon has been criticized for its tactics during the negotiations.  It stopped taking pre-orders of Hachette books and reportedly isn’t stocking as many Hachette books while the contract is up in the air, resulting in slower deliveries.  And while the dispute is pending it is giving less visibility to Hachette books in on-site recommendations.

Over 300 authors accuse Amazon of discouraging customers from buying Hachette books.  In their open letter they characterize Amazon as “boycotting Hachette authors.” It’s not only Hachette authors who signed the letter but some others who are sympathetic to their cause.  Those signing include powerhouse names like Stephen King, Nora Roberts, David Baldacci, John Grisham and James Patterson.

Amazon stayed mum until Tuesday, when the Wall Street Journal published an interview with Kindle executive Russ Grandinetti who said, “This discussion is all about e-book pricing.”

Amazon would like to control pricing and, some say, would price ebooks lower than publishers like Hachette would charge. Grandinetti insisted that Amazon was acting “in the long-term interest of our customers.”

Critics have framed the dispute as Amazon acting like a bully.

The Journal article points out the power and market share Amazon has when it comes to selling books, especially ebooks:

“Amazon’s overall share of new books sold increased to 40% from 12% over the last five years, measured by units, according to the Codex Group LLC, a book audience research firm. Its share of the e-book market grew to 64% from 58%, Codex said. ‘They’re the most powerful book retailer today by far,’ said Peter Hildick-Smith, chief executive of Codex.”

But not so fast with the criticism, says a group of indie authors.

In the petition filed yesterday on Change.org, they present another side of the story on behalf of themselves and readers:

“Publishers have a long history of abusing their power. They function as an oligopoly rather than as competitors. They have a long track record of overcharging readers and underpaying authors, because they all agree to do so.  Amazon has a long history of doing just the opposite. Amazon fights for readers by keeping prices low and concentrating on customer service and fast delivery.”

These authors self-publish ebooks on Amazon rather than going through traditional publishers like Hachette.  In the petition they characterize the open letter as “multi-millionaire writers” spreading “propaganda.”

Author Hugh Howey, who has had phenomenal success self-publishing on Amazon, is one of the self-published authors who signed the petition that defends Amazon.  When contacted for comment, he said in an email that he speaks first as a book lover.  His view is that if Amazon prevails it could bring about lower prices for readers. “The industry is not served by publishers jacking up e-book prices in order to protect the print book industry. And traditionally published authors aren’t served by high e-book prices and low e-book royalties,” Howey said.

He went on to add, “If Hachette gives in to Amazon’s demands, we’ll see fewer e-books from big-name authors at $14.99 and see more of them at $9.99. That will compete with self-published books, but it will also free up funds for more books. There isn’t a limited pie here for us to divvy up. We can grow the entire pie. That seems to be Amazon’s goal. It does not seem to be the goal of major publishers.”

The petition already has over 3,000 signatures from authors, readers and the general public, and is still climbing.  Like the open letter signed by 300 authors, the petition has no real impact on the contractual dispute, other than to — possibly — sway the sides to settle due to public opinion.