Is CTR the Smoking Gun for Why Google Deleted Author Images? 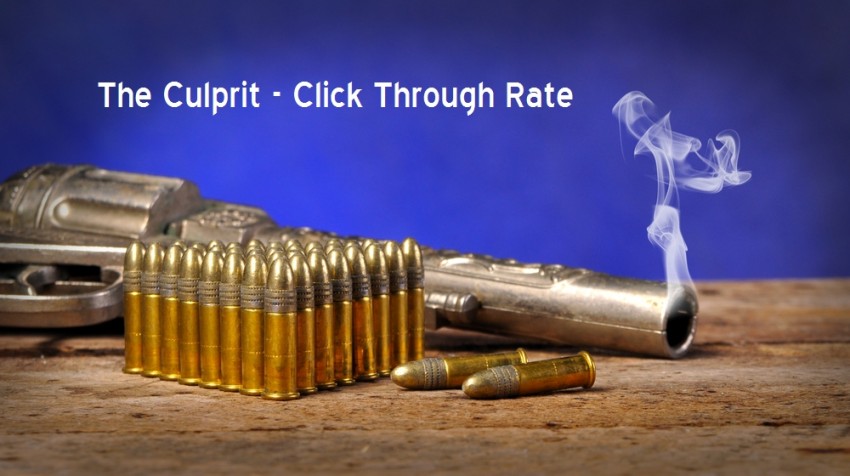 If you’ve been following developments in the search industry lately, you’ll have undoubtedly have come across discussions about Google’s recent decision to remove Google author images from search results. We reported on this soon after the change went into effect, and other industry thought leaders like Rand Fishkin wasted no time weighing in, either.

IMO, most compelling explanation for Google removing profile pics from search is that it distracted from ads, and cost advertisers clicks

However, despite overwhelming support for the idea that Google’s decision was based on authorship photos’ impact on the CTR of paid search ads, some naysayers insisted that this couldn’t be the case. I wasn’t content to leave things at that, so I set about looking for evidence to support my theory – and I’ve found it.

In the figure above, you can see that in a search for the term “negative keywords,” our paid search ad is the only ad displayed.

This eliminates any possible ambiguity resulting from the variance in CTR based on ad position. You’ll also notice that two articles authored by me are included prominently in the SERP, as well as another article authored by Darian Schouten over at TechWyse. These three results would have been accompanied by Google author images prior to their removal on June 25.

We examined the CTR of the ad above both before and after Google’s announcement. We found hard evidence that the CTR of the ad improved significantly when Google author images were no longer being displayed in the SERP.

Obviously, the peaks and valleys shown in the figure above are normal. CTR varies from one day to the next, so these fluctuations should come as no surprise.

As is clearly evident from this data, the CTR of the ad after the removal of Google author images from the SERPs is much higher. In fact, the CTR of the ad is 44.8% higher than beforehand within this ad group. We tested this data rigorously, and the difference we observed is statistically significant with 99% confidence due to the high number of daily ad impressions (thousands) for this keyword.

We would love to test this theory with other keywords, but finding suitable terms that both meet the criteria and for which we have data for, is challenging.

However, it’s clear to us that based on this data, it’s not realistic to say the deletion of Google author images has no impact on the CTR of other elements on the SERP.

Larry Kim founded WordStream in 2007. He serves as company CTO and is the author of 4 Award-Winning Books on Software Development. Larry also blogs at the WordStream Blog and practices photography in his spare time.
9 Reactions
Subscribe
Follow @smallbiztrends
RSS LinkedIn Pinterest iTunes