This Entrepreneur is Reinventing Underwear for Teenage Girls 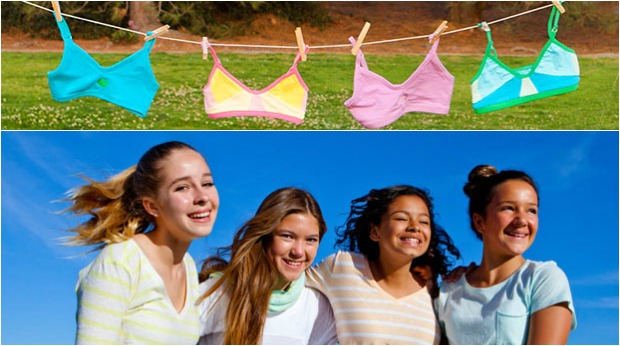 If you walk through the girls’ section of most major retailers, you won’t notice much of a variety in the undergarment department. Instead of well-fitting, cute and simple bras made for young girls, stores only supply padded, push-up, uncomfortable options. Most of them don’t even fit correctly since they are just smaller versions of bras intended for women, not styles created specifically for girls.

That’s what 17-year-old Megan Grassell noticed when she went bra shopping with her younger sister. None of the options were ideal for a young girl who wanted a simple design that is comfortable and fits properly.

So Grassell launched the Yellowberry Bra Company with the help of a successful Kickstarter campaign. The company sells bras created specifically for young girls who are still growing in both size and confidence. The company’s five designs feature fun colors, lining but no padding, and no hooks or wires.

Grassell wanted to emphasize comfort and proper fit in an effort to provide some variation from the bras she found while shopping with her sister. She said on her Kickstarter page:

“I couldn’t believe the bras that she was supposed to buy. The choices for her, and for all girls her age (the 11-15 age group) were simply appalling to me. They were all padded, push-up, and sexual. Not only that, they did not fit her body properly, which automatically made me wonder ‘where were the young, cute, and realistic bras for girls?!’ There were none! So, upon returning home I realized that I could do it; I could make those bras for girls.”

Since she surpassed her original Kickstarter funding goal, Grassell is also working on a line of underwear bottoms aimed at the same age group. The bras are currently for sale, albeit for a healthy price tag. But supporting a young female entrepreneur who wants to help other young girls feel comfortable is sometimes worth paying a bit extra.