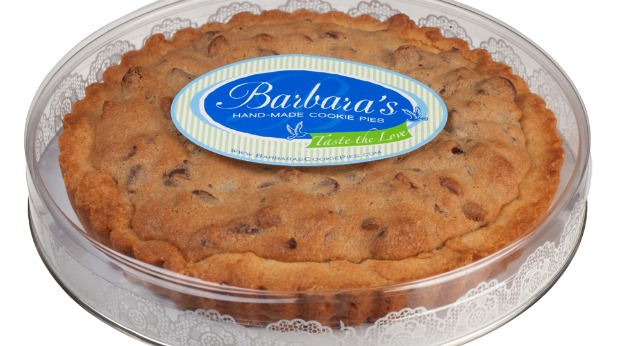 Losing a job is almost never a good thing. But don’t tell that to Barbara Schechter.

The New Jersey native was 57 when she lost her job as a marketing professional, which she had for about 30 years. Instead of panicking or sulking though, Schechter saw it as an opportunity to make a living doing what she loved.

She launched Barbara’s Cookie Pies in 2011. The bakery sells what Schechter describes as a fusion between cookies and pies. She makes them in a variety of flavors, including chocolate chip, almond raspberry, and rocky road. It’s an old family recipe, so Schechter says she takes great pride in the product as well.

But even though she enjoys baking, it wasn’t necessarily an easy path for her to take. She had to take money from her retirement fund to invest in the business. She also had to rent space in a commercial bakery and set up a home office where she could process and ship orders.

She recently spoke with The Huffington Post about the challenges of starting her career over:

“I think it’s key to understand that things may not work out initially the way you thought, but you can’t give up. You just have to keep your nose to the grindstone and keep plugging away understanding what worked and didn’t work. And soon, it all starts to happen and grow, building momentum with each passing day.”

Schechter’s background is in marketing, not baking, so many of the business aspects that went along with starting Barbara’s Cookie Pies came easily to her. However, she said that things like manufacturing, production, and eCommerce were new to her. She also had to adapt to commercial baking since she was used to mainly baking as a hobby.

So while it was definitely a challenge and a risk, Schechter said that it’s been worth it for her to continue learning and growing. When she was let go at 57, she wasn’t ready to retire. But instead of allowing a job loss to defeat her, she saw it as an opportunity.

Now, she says the business is doubling in size annually. She fills orders for individuals and major retailers alike. That never would have happened if she hadn’t taken that initial risk and jumped into entrepreneurship.