Hacking of Google Maps May Have Killed This Business 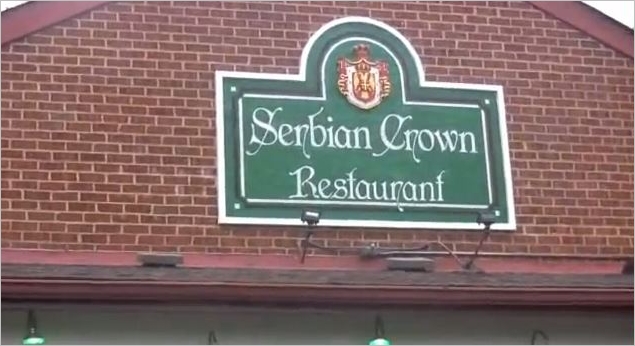 Technology is a wonderful tool to boost our businesses…until it isn’t. In the wrong hands, something as innocuous as a listing on Google Maps can cause irreparable damage to small businesses.

Turning a Blind Eye to the Small Business’ Plea

Rene Bertagna owned and operated the Serbian Crown, a restaurant dedicated to serving exotic meat dishes like lion and kangaroo for 40 years.

But today – the restaurant is closed – and Bertagna blames Google.

To be more precise, he blames his competitors for hacking Google Maps and altering his Google Places listing to mislead customers about the hours the restaurant was open.

Bertagna has never owned a computer, and hardly knew what Google was, until he saw a 75% drop in customers over a single weekend a few years ago. He was clued in when a customer called to ask why his restaurant was closed three days a week. In fact, it was not. Bertagna claims the misinformation on Google Maps squeezed his customer traffic to nearly none until he decided to close the restaurant in 2013.

Now, seeking retribution, he’s sued (PDF) Google in federal court in Virginia in an attempt to force the search engine giant to pay attention. It’s unfortunately all too easy for anyone to modify a Google Places entry, which can make for devastating results for small businesses.

So could hacking of Google Maps really have killed this business?

Is it Google’s Job to Monitor Listings?

We were curious to see how easy it was to modify a business’ listing, so we picked a local hotel’s Google Places profile. After clicking “edit details,” we were taken here: 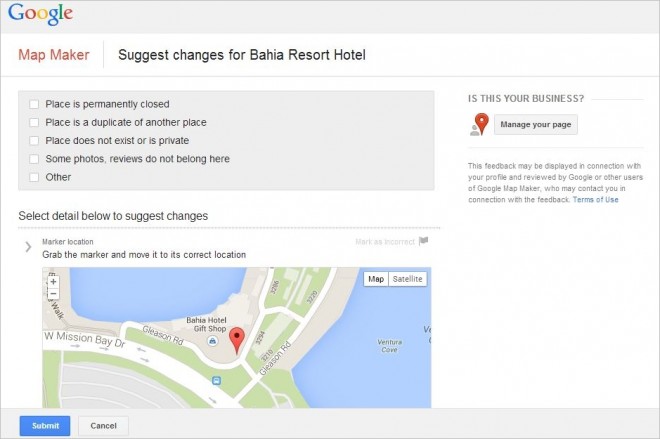 How easy would it have been to say this place was closed or change the marker for the location?

We have no ill intent, of course, so we left the listing alone. But there are plenty of examples of businesses who claim to have had their profiles on Google hacked to their detriment, as recently reported by Wired.

We’re not even sure why Google allows just anyone to edit a profile, a la Wikipedia. Google Places and Maps are not public resource entries, they’re marketing tools. In the wrong hands, they can demolish a brand’s reputation and grind foot traffic to a halt.

But Google isn’t the only technology company small businesses point the finger at. Yelp, too, has been blamed for allowing fraudulent reviews, and some have allegedly resulted in more than one company closing its doors.

So What’s a Small Business to Do?

It’s unlikely Google, Yelp, or any other major brand will take responsibility here, so the onus is on us. (Get it? That’s a pun!)

Keep an eye on your Google Maps and Google Places profiles, as well as your online reviews, and make sure nothing looks wonky.

Even something as small as your hours or location on a map can be altered – so pay attention to the details.

Susan Payton is the Communications Manager for the Small Business Trends Awards programs. She is the President of Egg Marketing & Communications, an Internet marketing firm specializing in content marketing, social media management and press releases. She is also the Founder of How to Create a Press Release, a free resource for business owners who want to generate their own PR.
8 Reactions
Leave a Reply Cancel reply
Subscribe
Follow @smallbiztrends
RSS LinkedIn Pinterest iTunes