Is Your Spouse Compatible with Your Business? 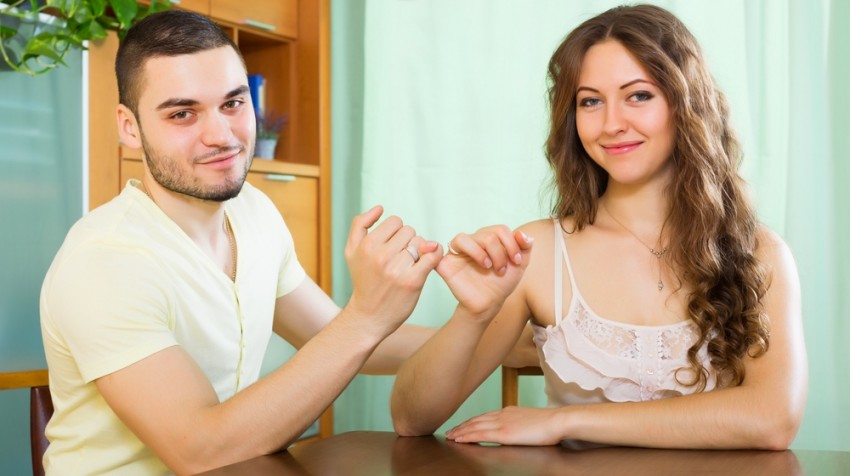 Is your spouse compatible with your business and entrepreneurship? Your startup? Your plans to grow your existing business?

But my wife and I have been married 44 years, including more than a decade of scraping to support a startup, and sending five kids through college. So maybe I know something about this. But it doesn’t take 44 years’ experience to know that balancing building your own business and having a life while doing so can be tough. Even downright acrobatic in some cases. But it may be the most important acrobatic feat you ever accomplish.

Doing it successfully means knowing, or being able to quickly discern, answers to some key questions. Here are a few:

Comedian Rita Rudner says she never tells her husband she told him so. She adds, “I just hum it” and everybody laughs. Everybody knows that tune. Is that what you’re going to hear if you fail?

If so, that adds an order of magnitude to the risk of starting, running, or growing your own business.

2. Can Your Spouse Handle Uncertainty?

Before we go further with this, let’s clarify – waffling over whether you’re committed to a relationship isn’t an uncertainty anyone’s comfortable with. On the other hand, waffling over a new business, whether to start, when to pivot, how to grow. . .that’s everyday life with an entrepreneur.

We don’t get to know anything. We’re always using the best guess. We dabble constantly with failure, possibilities, and what-if. Uncertainty, the classic state of not knowing, can be a real problem.

How does your spouse feel about that?

For most of the 1980’s and half of the 1990’s my wife and I lived without knowing for sure where the money was coming from three months ahead. In our case, it was consulting, mostly, some early products. . .so we had to get used to the state of not knowing. As I look back, it took two of us together. We had mortgages to pay, and the kids needed shoes.

There is nothing wrong with being a security seeker. That need for knowing where the money is coming from is a legitimate need, stronger in some than in others. But it’s not compatible with building a new business. You live with uncertainty. And in a relationship – that’s two of you living with uncertainty.

Real-life logistics come into play here, too, in some extreme cases. Sometimes, pursuing a business means moving across the country, or around the world. It can mean uprooting yourself and your family for what can seem like little more than a wing and a prayer. If your spouse is a security-seeker, they may not deal with those seismic shifts well.

Looking at your partnership with some detachment at this point can be an invaluable attitude — and save you lots of fallout later.

3. Can Your Spouse Handle Being The Sole Breadwinner?

In the first flush of the excitement of falling in love — with a person or a business idea — most of us believe we can endure anything the fates throw us – literally. But living on canned soup and ramen gets old after a while (translation: a couple of days). And having only one income to carry the family can be a recipe for disaster, even if that income is steady and stable.

Some people are emotionally fine with being the one that everything financially rests upon, at least temporarily – and some are not.

There’s no denying, like it or not, that a spouse who doesn’t buy into the dream of entrepreneurship adds to the risk. And the last thing you want is to deliberately court additional risk.

If you start to get “vibes” that this is the case — that despite their best intentions, your spouse doesn’t want to be the “be-all and end-all” of your bank accounts for a while — take this as a prudent message of caution. Don’t leap off the “edge” too soon. Keep your job. (Gulp, if you still have one.)

4. Can You Consider Your Spouse Your Business Partner?

It goes without saying that the answer to this depends on whom you talk to. Some spouses take a co-owner role seriously. Some are creative energy sources for the fledgling startup. On the other hand, some mates keep a hands-off attitude and an arm’s-length distance. And more than a few entrepreneurs truly believe that their business is their baby, and will sink or swim on their efforts alone.

You’ll hear opinions that range from “sit down together every week and evaluate how things are going” to “don’t bother your spouse with all the grisly details.”

So what’s the answer for you?

Start with candid honesty as the default case, and then match the timing and level of detail to your relationship. Maybe you don’t want to torture your spouse with those massive swings of optimism and pessimism several times daily, as the future hinges on the smallest detail. But don’t let reality be a sudden surprise.

If the grocery cart needs to be a little thin this week (or this month or this quarter), or the savings account has to dip below your comfort level, both of you need to deal with it at about the same time.

Surprises heighten the negative. Yes, the emotions will still be there. Yes, there may be a few (or many) tough times of trying to eke out a decent life while trying to also run a decent business. But there’s a reason relationship counselors talk so much about communication – it works – and lack of it simply doesn’t.

5. Can Your Spouse Tell You When It’s Time To Fold?

Once again, this answer is different for every relationship. Entrepreneurs are our culture’s version of pioneers — the cowboys/cowgirls of this century. They’re romanticized as mavericks. They’re looked up to as the innovative, the brave, the ones who break “out of the box” and pursue their dreams no matter what.

But sometimes you can do everything right, and the business still fails miserably. Or maybe worse, it doesn’t fail, but it doesn’t really succeed, either. It bubbles and perks along slowly but without signs of imminent “takeoff” or of paying its own way in any foreseeable future.

Yes, it’s wonderful if your spouse gives you carte blanche. It’s terrific if, as my wife did, they say, “Go for it.” But it’s also good to have a spouse who’ll be honest enough to tell you if things don’t look like they’re going to pan out. Or if the cost for this entrepreneurial freedom may be too high. As one of my colleagues said after walking away from a new opportunity after six months, “It’s much easier to get a new job than a new spouse.”

Call it a “make or break” factor – but ignore it at your own peril.

If you’re starting a business and living a relationship, it’s worth knowing where the “line” is. Know how far you and your partner and/or family should expect to bend before it’s too far, and you’re able to call a halt with a clear conscience. As the old song says, “Know when to fold ‘em.”

It’s a priceless form of success in itself. Don’t overlook this solid common sense attribute. It can save your sanity, your marriage – and even your life.