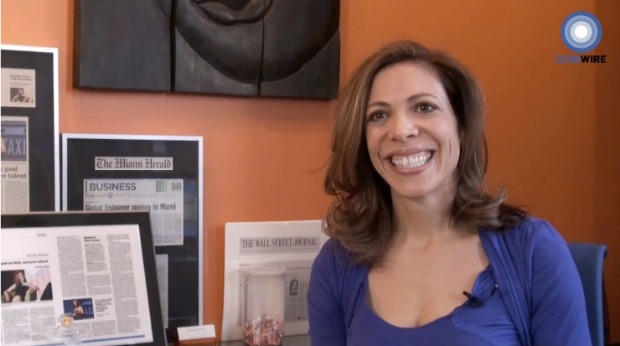 Linda Rottenberg didn’t set out to start a global movement of entrepreneurs. She just wanted to take a year off to travel through Latin America after completing law school.

But that trip served as the catalyst that eventually led to her starting Endeavor, an investment network for high-impact entrepreneurs around the world.

While spending time in Chile and Argentina, Rottenberg was struck by the lack of jobs available. Other than government jobs, there were only four or five large companies that ever did any hiring. So for those who didn’t fit with those opportunities, Rottenberg thought they would be a natural fit for entrepreneurship. She said in an interview with finance career site OneWire:

“I kept saying ‘Why aren’t you starting a business?’ …I’d tell the story of Steve Jobs and Steve Wozniak in the garage and they’d say, ‘This is Latin America. No one is funding me to start my crazy idea… and I don’t even have a garage.’”

The final straw for Rottenberg came when she found out her cab driver in Buenos Aires had a PhD in engineering. When she asked why he never considered starting a business instead of driving a taxi, she realized there wasn’t even a Spanish word for “entrepreneur.”

So Rottenberg made it her mission to support entrepreneurship in emerging markets. Along with partner Peter Kellner, they look for individuals who already have the ideas and motivation, but just need the startup funds.

Since its launch in 1997, Endeavor has introduced more than 2,700 entrepreneurs to investment opportunities. And those entrepreneurs have created over 400,000 jobs together generating $6.5 billion in revenue in 2013.

Entrepreneurship is a concept that can benefit markets around the world. But certain regions haven’t experienced the same opportunities as others. It may not have been Rottenberg’s original intent to spark entrepreneurship in these emerging markets. But it does make a lot of sense for all parties involved.

Entrepreneurs in these markets now have the opportunity to fund startups they never would have thought possible before. And investors have access to untapped markets and to entrepreneurs with unique ideas and potential.

Perhaps most importantly, the word “emprendedor” is now a well-known term for entrepreneur in Spanish-speaking Latin American countries. Even more entrepreneurial words have been added to lexicons around the world. So even those who haven’t yet had their ventures funded at least have something to aspire to.