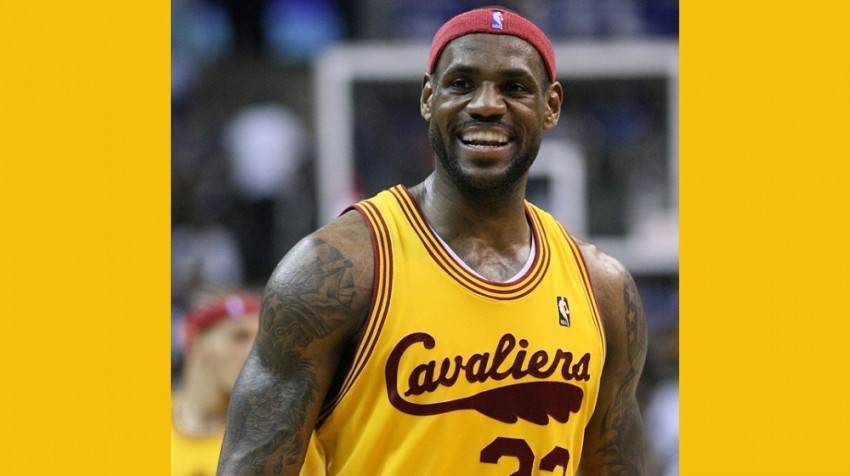 LeBron James surprised and thrilled his hometown fans in his choice to move back to his humble roots in Akron, Ohio to play for the Cavs. His bold decision generated unprecedented positive media coverage and gave an immediate booster shot to his personal brand.

As the best basketball player on the NBA league and the most recognizable athlete on the globe, James’ revised decision could offer some useful career lessons on making a career change and on how to improve your reputation when you change your mind.

The front page of the WSJ cheered his return to Cleveland as a ‘second coming’ and James said that his relationship to Ohio was “bigger than basketball.” He admitted to the world that his departure from Cleveland was a mistake and he doesn’t hold a grudge for the slanderous attacks assailed at him by the Cavs owner and the fans he slighted. He learned from his experience in Miami how to be a “better player” and was true to his feelings about wanting to raise his children in the Midwest.

LeBron’s revised decision has likeability lessons for business owners and employees across all industries.

If you admit to your mistakes and do it with sincerity, it could demonstrate your confidence and your willingness to grow. James showed humility by publicly acknowledging that his choice was not an easy one because his wife and mom still felt spurned by fans who attacked him for his earlier choice to leave Cleveland.

His decision to leave Miami and return to Cleveland was based on his firm belief that Northeast Ohio would be a good environment to raise his growing family. Regarding his sentiment towards those who ridiculed him for leaving James said, “Who am I to hold a grudge?”

This statement makes him more likable as it shows he recognizes his own fallibility and his emotional maturity. In a subtle way, James communicates to his fans that he too is imperfect and experiences frailty – and is lucky to have achieved the fame he has.

James acknowledged in a press release that he missed the town and the people who made him famous.

Don’t be Afraid to Change Your Mind

LeBron made a pivot in his career as swift as the ones he makes on the basketball court with his feet. He adeptly improved his image in Cleveland by being contrite. Based on his praise for Cleveland, the Cavs, his old fans and expressing his need to have left in order to appreciate what he had – his fans now see a different side to “The King.”

He now will be known not only for his exceptional gift as a basketball player but as a relatable, likable guy who cares about his family, appreciates his fans and remembers the place and the people who helped make him famous. There’s no shame in changing your mind. In fact, sometimes people will respect you more when you show accountability for your life choices.

Forgive Those Who Come Around

Let’s face it, most people who turn around and return to their previous employer may not be as well received as LeBron James. After all, he put Cleveland on the map for seven glorious years and in his departure, Cleveland hit a real low in their basketball ranking.

But the lesson everyone can learn from forgiving someone who made a reversal is that there is often more to gain in letting go of the past than to holding onto a poor situation. If the person has changed and has redeemed himself, you might stand to benefit more from giving him a second chance. Don’t stubbornly hold onto a position based on principle. Evaluate the situation and assess what the advantages could be for letting someone back into your firm (or into your life) if she really shows sincerity and is capable of making a contribution.

James’ PR agent did a brilliant job in assisting him with his career transition. His remarks were tactful. He expressed gratitude for his current employer and acknowledged his positive feelings about their city and the experience he had there. His favorable remarks allow him to move forward without burning any bridges.

James said he learned from his experience of living four years in Miami about how to be a better player and discovered what really mattered to him in life. LeBron equated his stint with the Miami Heat to a “college experience.”

“These past four years helped raise me into who I am. I became a better player and a better man. I learned from a franchise that had been where I wanted to go. I will always think of Miami as my second home. Without the experiences I had there, I wouldn’t be able to do what I’m doing today.” All of James’ comments show appreciation for his current employer. This approach could minimize hard feelings and limit the negative press around leaving that could damage the good will attached to his name.

Lebron’s career change has been positively received in that he focused on ideas, which made him more relatable. He showed vulnerability and conviction for holding fast to his values which focused on giving back to his hometown and finishing his career in a place where his family could thrive. From this, we could learn that you can always change your course if you realize there’s a better way, or superior options, that you might have overlooked earlier on.

There’s no shame in admitting you’ve made a mistake. In fact, you might even gain more respect for taking ownership of your life choices. For those who consider holding onto a job or to a position fearing embarrassment or retribution, you may later regret not taking the risk to reach for the opportunity that is a better fit.

There’s no glory in continuing on a path where you’re unfulfilled, stifled or unhappy in your personal life. Changing your mind requires strong self-esteem and is sometimes necessary in order to find a more satisfying career and a place where you’ll feel more in your element. What’s right at one stage of your life may not be right for another stage.

Learn from LeBron to be flexible and adaptable and hopefully you too will find others receptive to your new position. And above all, even if you’re the best in the world – it takes time to become a champion and build a winning team.