Magic Tricks at Funerals? Unlikely Bedfellows in a Staid Industry 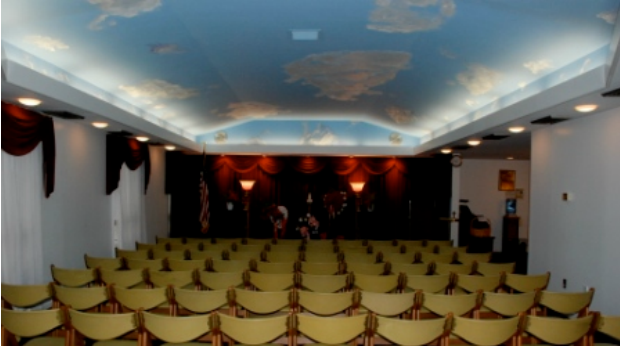 You may not think magic belongs at a funeral. But it turns out there is occasionally a market for it.

The 64-year-old began practicing magic 30 years ago when he was looking for a hobby to distract him from the sadness that goes along with his profession. Now, he even serves as the president of the Manhattan-based Society of American Magicians, Parent Assembly No. 1. That’s a title that Harry Houdini once held.

His career as a mortician, on the other hand, is something that has always been a part of his life. His father first opened his own funeral parlor in 1915. So Lee grew up around the business.

He generally keeps his career separate from his hobby. But for those who want to add something unconventional to a loved one’s funeral, Lee can make exceptions. He told the New York Times:

“Sometimes – certainly not most of the time, but once in awhile – if someone asks me, I use magic in a service.”

One of the “tricks” he can use in such a situation is called “silk-go.” He uses a small cylindrical bottle, which represents the body, and a red silk handkerchief, which represents the soul. He stuffs the handkerchief inside the bottle and does some slight of hand while explaining how the soul departs the body for eternal existence. While never more than a few inches from the onlooker, Lee manages to make the handkerchief disappear from inside the bottle.

Of course, the magician’s vow of secrecy prohibits Lee from explaining how he manages to complete the effect. But you can see how “silk-go” or similar slight of hand might fit into a funeral service, though it might seem unconventional.

So while magic might not be the most likely match for funeral services, Lee has found a way to mesh both his hobby and his profession.

It’s not necessarily for everyone. But his ability to offer something unconventional like magic as part of his services definitely sets Lee’s Funeral Home apart from the competition.