Moovd: Create Video in Two Minutes — With Some Tweaking 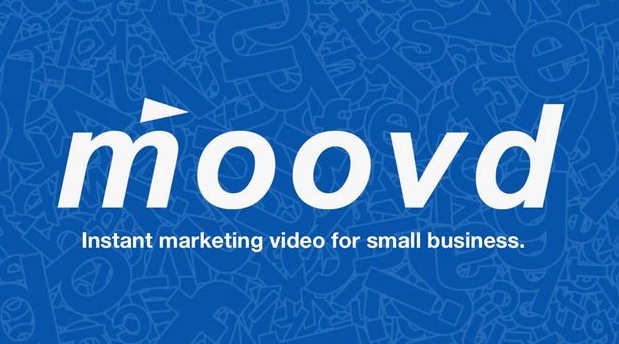 A lot of big companies have produced attention-grabbing ads using only text. Some have even plunked down millions to run these ads during big TV events, like the Super Bowl. (Think back to  T-Mobile’s text-only “We Killed The Long Term Contract” ad from the 2014 Super Bowl, for example!)

Si Gornick knows that small business owners don’t have that kind of marketing budget … not even close. That’s part of the reason he created Moovd. Moovd is a browser-based “kinetic typography” generator that you can use to create a similar ad or other presentation video for your small business.

In an interview with Small Business Trends, Gornick, a stay-at-home dad who created Moovd as his startup business after spending years in journalism, said:

“Moving text speaks to you. People don’t mind ads as long as they’re different. If you’re running a barbershop or are a life coach and looking to build some simple video advertising, this is a great application for you. I want to be able to facilitate small businesses using our product. You need to have effective devices for not that much money.”

There is a way to make a Moovd video for your business or personal use for free. The only caveat is that any free video will be tagged with a watermark of the Moovd logo. To remove that watermark and to use any advanced customizations — like custom background colors — takes “credits” from Moovd. Credits can be purchased for $20 a piece, but there are offers available from the site to get bulk credits at a discount.

For instance, it costs $20 to remove that Moovd watermark and $60 to customize the video’s background color or pattern and the font of the text.

We took Moovd for a test drive. We found the tool easy to use, making it possible to create a video in a very short time, even if it took a bit of tweaking and a few tries to get it right.

Using Moovd is as simple as entering the text you’d like to animate inside a small dialog box. Each line of text you write will appear separately on the screen in the video. Your total message is limited to 400 characters, including spaces.

Moovd features technology that recognizes certain words and can assign an animated effect to them. For example, in a demo for Small Business Trends, Gornick entered the word “brush.” In the video, the word automatically appears “sweeping” across the screen.

After entering your full message (or script) there are just four more quick steps before you’re done. After selecting one of several pre-loaded music tracks, the font of your text, and your choice of backgrounds (you can also upload your company’s logo), it takes just one click to begin creating your moving text video.

When you share your Moovd video through one of your social media channels, the video is automatically uploaded to YouTube. From there, you can share and embed the video as you see fit.

Gornick says that a video can be created for your business in about two minutes. The creation tool is not complex by any stretch and you can preview any work you do before sharing it to any of your business’s followers. But while it may take just a few minutes to create your video, you’ll likely spend a little bit more time fine-tuning the final product.

That ability to create a free or relatively inexpensive video should be a big benefit to small business owners. After all, small businesses don’t have the time or money to invest in a lavish video production that will take only minutes or seconds to view and may not have the desired impact, Gornick says.

“It’s got a small learning curve. Time is of the essence. If you start spending lots and lots of money, it may not do anything for you. That’s a high-risk strategy. And there’s no point spending thousands and thousands of dollars on these things. I’m not saying it’s going to win Oscars. It’s not. It’s movement and message on a page. That’s what we’re trying to get across.”