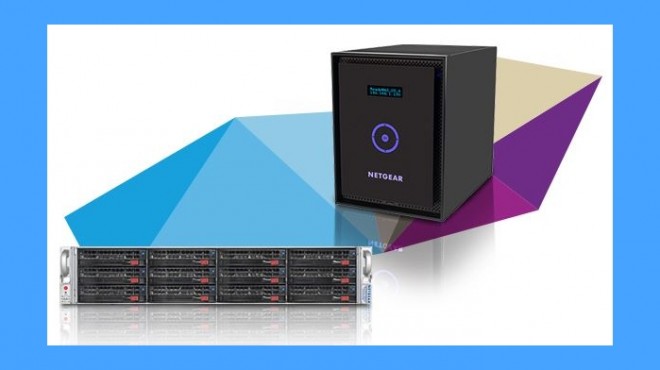 Netgear ReadyRECOVER, a new storage platform backing up data every 15 minutes, has just been announced. But for small businesses the company may still be best known for its ReadyNAS system.

It’s a box that offers data storage onsite starting as low as $200. Multiple devices can be linked to replicate multiple copies of your business data without the need for cloud storage.

The reasons why your business might want to avoid cloud storage options vary these days, Matt Pahnke, Senior Marketing Manager Of Storage Products at Netgear told Small Business Trends in a recent interview.

One is a concern over security in an era when online spying by even domestic agencies like the National Security Administration (NSA) are common.

Second, it’s true that while many cloud options charge considerably lower prices monthly than it will cost you in upfront investment for a system like ReadyNAS. However, another way to look at it is that, essentially, these companies hold your data hostage requiring on going payments to maintain access, Pahnke said.

“So what we do, at the end of the day, we are selling hardware. We’ve sort of transitioned our boxes to be either portals to the cloud or a private cloud, if you will.”

The little boxes can serve a deceptively large amount of memory with the right upgrades, as much as 16 terabytes, the company claims. And though cloud storage is now being touted for its relative safety with redundancies to prevent data, ReadyNAS has some elaborate safeguards too.

Multiple layers of data protection include the ability to remove data into a portable receptacle if necessary. Another protection is ReadyNAS’s system of multiple disc storage insuring that if one disc fails, data has been simultaneously saved to other that can take its place.

The system also backs up data hourly and can restore computer memory to almost any previous time desired.

Finally, with the ability to instantly replicate the data on each box offsite, for example to another ReadyNAS box, customers have the ability to create dispersed redundant storage of their own much like the cloud, Pahnke said.

In one example, he suggests a chain of five Subway restaurants with a ReadyNAS box in each store to collect data for each location. Then have one of the boxes located in your home or central office where you can replicate the data in all five locations in one location.