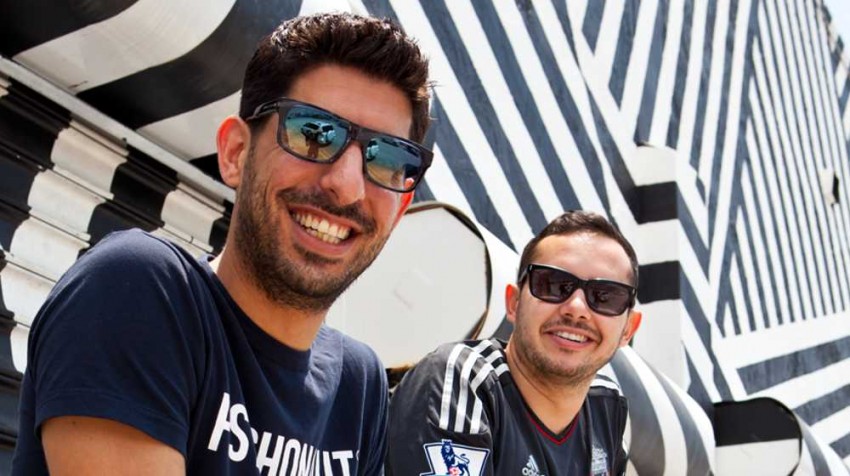 Avi Cohen and Matti Marshak were just a couple of young, hungry entrepreneurs in the big Internet jungle when they launched Pacific54.

An online marketing agency specializing in custom solutions, Pacific54 was a change in direction after Cohen and Marshak had started in a totally different industry.

In this small business spotlight, Marshak recounts their entrepreneurial adventures including million dollar deals, aggressive marketing and learning to never take “no” for an answer.

HOW DID THE BUSINESS GET STARTED?

It’s a funny story, because the decision wasn’t made for strictly business reasons. To hear Marshak tell it, the pair started in the IT industry doing the same kind of work they had done in the Israeli Army before moving to Miami. But soon they realized that people only call IT to complain about things. How sad! They switched to marketing and haven’t looked back since.

WHAT SETS YOU APART FROM THE COMPETITION?

Cohen and Marshak describe their approach as ROI driven marketing. Think online techniques like search engine optimization, social media marketing, content strategy development, Web design, and app development. But unlike many other agencies, Pacific54 focuses on creating custom marketing solutions for each client. In fact, they estimate 99.9 percent of the time, they  create a custom solution specifically to fit their customer’s needs.

WHAT WAS YOUR BIGGEST WIN?

Marshak’s story of the company’s biggest win comes with a glimpse of the scrappy little company’s tenacity and creativity too. In an email exchange, he explains:

“We signed on a new super big client. [This company] spends over $1 mil a year in marketing. When we first met with them they didn’t want to sign on with us since we looked young and weren’t well known compared to the big companies they were interviewing. So after I left the meeting, I did a super aggressive re-marketing campaign on FB/Linkedin/G+/Google and made sure to target everyone who mentioned in their title that they work for [this company]. Two weeks later all the employees were constantly seeing our banners all over the Web.”

“Not too long after I got a phone call from their marketing director apologizing for saying that we were a small company and that everywhere she goes she sees our banners. (Little did she know that it was targeted specifically for her.)”

AND THE BIGGEST RISK?

Being a startup, Pacific54 just didn’t have the budget to hire local developers. But there were also disadvantages to outsourcing all the programming work to India, as most of their competitors were doing. Instead, the team decided to look for their own pool of overseas talent. Following the path less traveled can sometimes be risky when dealing with so many other variables. But Pacific54 finally did succeed in finding its own source of tech workers in eastern Europe with a steady flow of developers…from Romania!

Marshak has no doubt the company would put that money into creating new jobs…and maybe an espresso machine?

TELL US A FUN TIDBIT ABOUT YOUR COMPANY

Every Tuesday, the company has a happy hour brainstorming session, says Marshak, and every Wednesday the team starts their workday an hour late.

IF YOU HAD IT TO DO OVER AGAIN, WHAT WOULD YOU DO DIFFERENTLY, AND WHY?

“I would skip university so I could focus on my business FULL TIME. In the first couple of years, I was combining night studies with a full time job running a business. In [retrospect], I could be much more successful today if I would [have been] 100% focused on the business.”