Your Uncharged Phone Might Not be Allowed on Some Flights 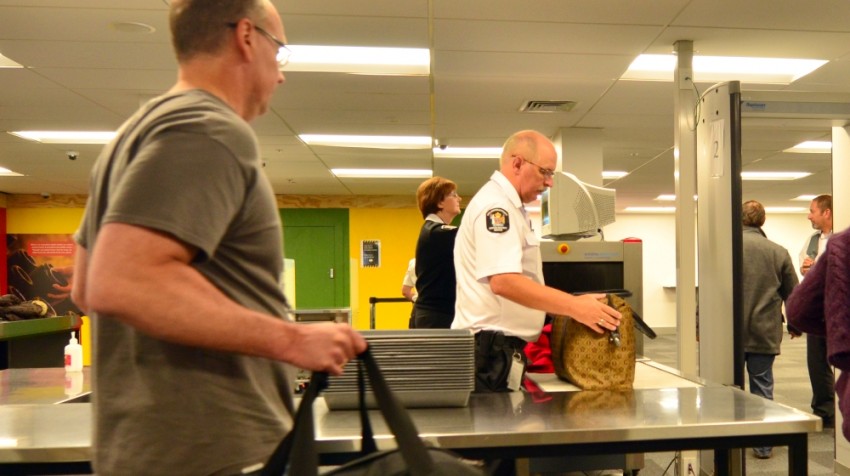 If you travel for business regularly, especially overseas, beware. The Transportation Security Administration may be preventing phones — or other mobile devices like tablets or laptops — from being taken on fights if they can’t be powered up during inspection.

In an official announcement, the agency explained:

“As the traveling public knows, all electronic devices are screened by security officers. During the security examination, officers may also ask that owners power up some devices, including cell phones. Powerless devices will not be permitted onboard the aircraft. The traveler may also undergo additional screening.

TSA will continue to adjust security measures to ensure that travelers are guaranteed the highest levels of aviation security conducted as conveniently as possible.”

The TSA is not being specific about what might become of these devices, whether they might be confiscated or simply not allowed on flights.

The agency is currently saying the measures will only be taken at some airports — mainly overseas in Europe, Africa and the Middle East.

The efforts come at the direction of Secretary of Homeland Security Jeh Johnson. In a statement, Johnson noted the “enhanced security measures” would be concentrated at certain overseas airports for direct flights to the U.S.

Though the statement also assured as few disruptions to travelers as possible, obviously loss of a mobile device relied upon for business while traveling would result in a major disruption.

But Johnson also said his office and the TSA would continue to adjust their security measurement as dictated by security concerns.

NBC News reported recently that the increased security measures may be the results of concerns that such devices could be used in terrorist plot.

Since the TSA isn’t giving any information about what airports will be affected — and since these kinds of operations can sometimes be expanded without notice, be sure mobile devices you carry with you are fully charged.

Otherwise, you could loose mobile devices with valuable business data.