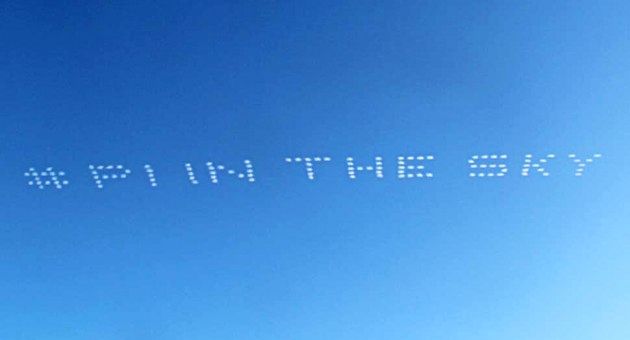 Former flight instructor and veteran entrepreneur Patrick Walsh is revolutionizing the hashtag: by printing them 1,500 feet tall in the sky. The massive messages can be seen up to fifteen miles away, providing an extremely effective form of advertising. Walsh told Businessweek:

“There’s never been a way to super charge a social media campaign like this.”

The latest project, titled #DigDeeper, was projected in the skies above San Diego last week, repeating twenty times during Comic-Con to promote USA Network’s latest upcoming thriller Dig. Social media outlets were flooded with pictures of the letters dotted in the skies, and Tweets of the hashtag spiked as the pictures were shared.

Walsh founded Airsign Inc. as an air advertising company in 1996 and offers blimps, banners, and of course, sky writing. The Gainesville, FL-based company, comprised of 60 qualified pilots, has done work for big names like Disney, Google, Ford, and even the Superbowl.

They are also innovators in their field. Because planes are limited in the amount of oil used to create the smoke used in skywriting, Walsh’s pilots use a special technique. Five planes flying in formation puff out smoke at intervals. Walsh describes the process as similar to a dot matrix printer. The puffing is controlled by computer and allows a group of planes to create a message 1,500 feet high and visible at great distances. 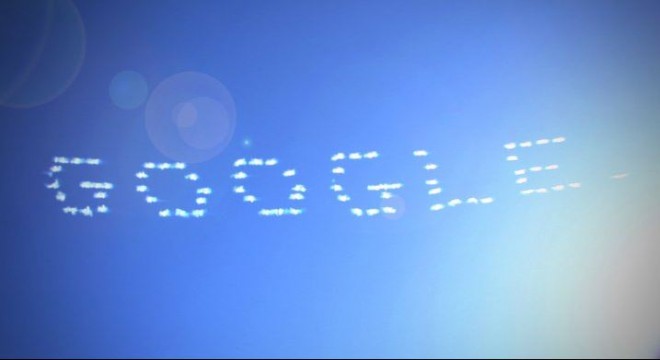 It also increases the number of letters and length of the messages the planes are able to create.

With guerrilla marketing starting to become the norm, businesses are constantly searching for new ways to get their name to new customers. With aerial advertising, they can literally rise above the competition.

Airsign Inc. also works for artists, including the largest art project in New York City history. PI in the Sky featured the first 314 digits of pi appearing above the city for nearly two hours. Pictures again flooded social media, carrying the project throughout the world and, according to the artist, leaving a “sense of wonder” in its wake.

Airsign offers different advertising packages ranging in price, and available for commercial, artistic, or personal use. They offer free quotes on their website for those interested in getting their own message written in the clouds.