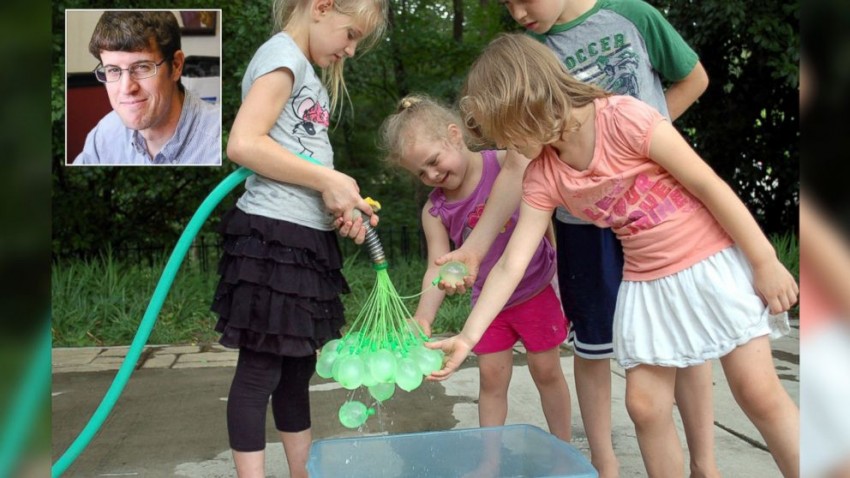 Texas entrepreneur and father of eight Josh Malone is “completely overwhelmed” with the online response to his latest invention: Bunch O Balloons.

The Malone’s Kickstarter campaign was launched just over two weeks ago, and has spread like wildfire. Earning well over it’s intended $10,000 goal, the toy has managed to rake in nearly $820,280 with more than 19,000 backers and 15 days left to go. It has been featured on big media outlets like Yahoo, Good Morning America, BuzzFeed, and even Time, much to Malone’s surprise.

Malone and his family spend hours lobbing water balloons at each other, but are often exhausted with the tedious task of filling and tying one balloon at a time. He told CrowdFund Insider:

“Sometimes, thinking about how long it takes to fill and tie water balloons is enough to dissuade a parent from even wanting to play. With Bunch O Balloons, we’ve taken away that worry. Now you can go from sitting around to throwing water balloons with your kids in minutes.”

Bunch O Balloons allows you to completely fill more than one hundred balloons in a minute. That’s a lot faster than doing it the old fashioned way.

The disposable mechanism twists onto a hose and simultaneously fills thirty-seven balloons at once. After they have filled, give a gentle shake and they fall right off. A small, elastic band seals off the water and takes away all the work, giving children of all ages the ability to create their own water bomb arsenal.

Malone is the holder of six other patents, so he is no novice as an inventor and has a sense of how to turn those inventions into business models. He attended the International Toy Fair in New York City back in February, but received no interest from big toy companies, all skeptical about buying the new idea.

They’ve changed their tune now, according to Malone. He told CNN news one toy company representative who said no at the toy fair is now back “hat in hand” to discuss a possible deal.

Plans to create a fully automated assembly line are set to go in motion in September of 2015. Backers can receive packages of Bunch O Balloons including supplies of water balloons, but many of these rewards are already gone thanks to the sheer volume of demand.

Aubrielle Billig is a Staff Writer for Small Business Trends. She covers business as it is impacted by pop culture, entrepreneurs in the arts, and other topics affecting creative businesses. She has a background as an illustrator and her design page can be found at AubrielleBillustrations.
10 Reactions
Subscribe
Follow @smallbiztrends
RSS LinkedIn Pinterest iTunes