Study: By 2020, 78 percent of Small Businesses will Use Cloud 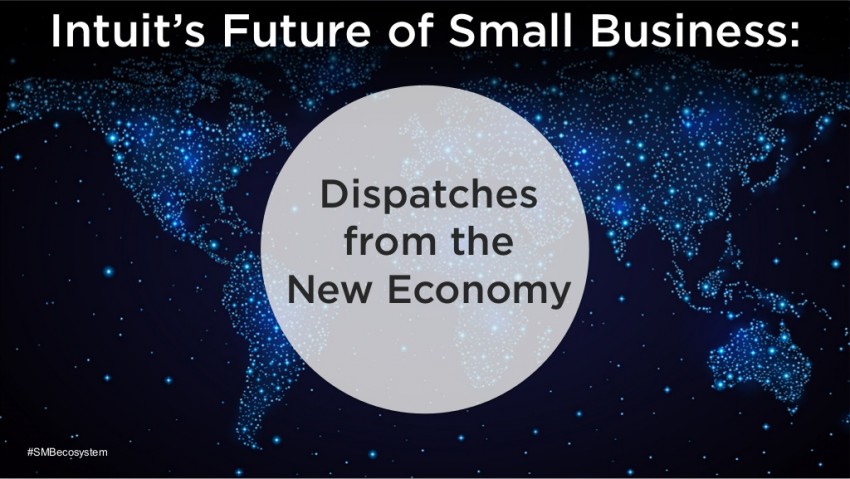 By the end of this decade, most small businesses in the U.S. will have adopted cloud technology.

New data from Intuit and Emergent Research reveals that by 2020, 78 percent of small businesses will be “fully adapted” to cloud computing. That’s more than double the current 37 percent adoption rate.

The data is the highlight of a new report entitled “Small Business Success in the Cloud.” It’s the first installment in a research series being conducted by the two firms. Called collectively “Dispatches from the New Economy,” the series will focus on how small businesses, specifically, adapt to changes in technology.

Steve King of Emergent Research said in a statement introducing the series:

“Today, the U.S. and global economy is going through a series of shifts and changes that are reshaping the economic landscape. In this new landscape, many people are using the power of the cloud to re-imagine the idea of small business and create new, innovative models that work for their needs.”

Released late last week, the report examines “four faces” of the new economy, or the four personas of small businesses that have fully adapted to the cloud. And the report further shows how adapting to cloud technology can lead to bigger opportunities for small businesses.

The first of the four personas identified in the report are the plug-in players. These are small businesses that use cloud-based solutions to handle the back end of the office while they stay focused on the “mission-critical areas” of their businesses. This means using cloud solutions for accounting, marketing, and human resources with more time and resources available to focus on a business’s core product or service.

These could be small virtual businesses or teams that work together from remote locations using cloud technology. The classification could also include brick-and-mortar businesses like manufacturing operations or other producers that share a physical space enabling all to share resources while they grow.

Some small businesses will begin to compete directly with larger corporations in the very near future. This is especially possible for small businesses that are using plug-in services and other platforms to reach new markets. One example cited specifically in the study is the way in which individuals are beginning to compete directly with larger hotel chains through platforms like AirBnB which allow them to reach a much larger audience.

The last group of businesses mentioned in the report is the portfolioists. These are envisioned as cloud-based freelancers who are depicted by the report as having the most to gain from a cloud-based economy in the future. Freelancers will be able to leverage cloud-based tools and technologies to accrue more work using cloud technology and collect income from multiple sources.

In a statement released with the report, Vice President and General Manager of QuickBooks Online Ecosystem at Intuit, Terry Hicks, explained:

“Whether you’re a tech startup in Silicon Valley or a mom-and-pop shop on Main Street, cloud technology presents both radically new opportunities, and potentially disruptive changes. This report is all about developing a deep understanding of how small business can stay ahead of the curve.”