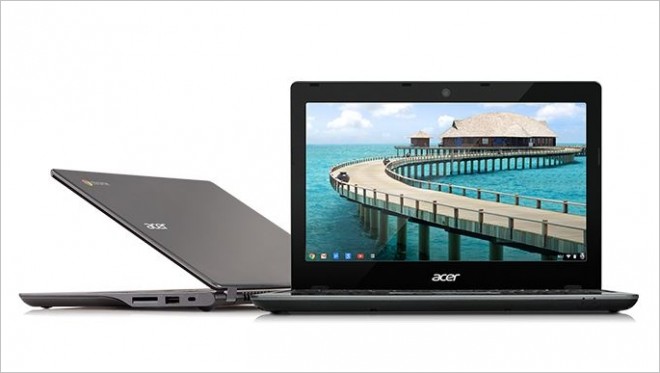 Chromebook sales are on the rise. And their use in the business community is expected to contribute to their continued popularity.

New research shows that sales of Chromebook devices rose sharply last year and will continue on that trend in the near future. So far though, Chromebooks have largely been adopted by the education sector.

The research company Gartner found that last year, there were 2.9 million Chromebooks purchased. About 85 percent of those were purchased by education companies or schools, though.

These are the devices that look like a miniature laptop and often include little pre-loaded software. Chromebooks are really designed to be used for cloud-based apps. The devices run the Google Chrome web browser as an operating system.

This year, it’s likely that 5.2 million Chromebooks will be sold. And by 2017, there should be about 14.4 million units sold. Most of the Chromebooks on the market have been, and will continue to be, sold in North America, the study finds.

“So far, businesses have looked at Chromebooks, but not bought many. By adopting Chromebooks and cloud computing, businesses can benefit. They can shift their focus from managing devices to managing something much more important — their data.”

Gartner believes employees in banking and financial services will get the most from use of Chromebooks in the beginning. But estate agents and even hotel receptionists will also be early adopters, the researchers predict. And cloud-based collaborative projects will be undertaken once more Chromebooks are utilized by businesses.

The rise in Chromebook sales will also be spurred by competition in the market. As use of these devices is expected to expand from education into business, more companies will likely enter the market with their own devices.

Currently, there are eight Chromebook manufacturers. When Chromebooks were launched in 2011, only Samsung and Acer were making the devices. In 2013, Samsung sold nearly 2 out of every 3 Chromebooks worldwide. Acer sold just more than 21 percent of the market share, according to the Gartner research.

Research also made a prediction that could be encouraging for small businesses that have started experimenting with cloud services and are becoming more open to Chromebook devices. During the projected continued growth period, the devices will remain a niche market. So manufacturers will have to stay competitive and find ways to offer more high-end specs while keeping the cost for the device low. A new Samsung Chromebook sells for about $250 now.

This new device uses the NVIDIA Tegra K1 processor, so you get the speed you’re used to from Chromebooks with a battery life up to 13 hours.