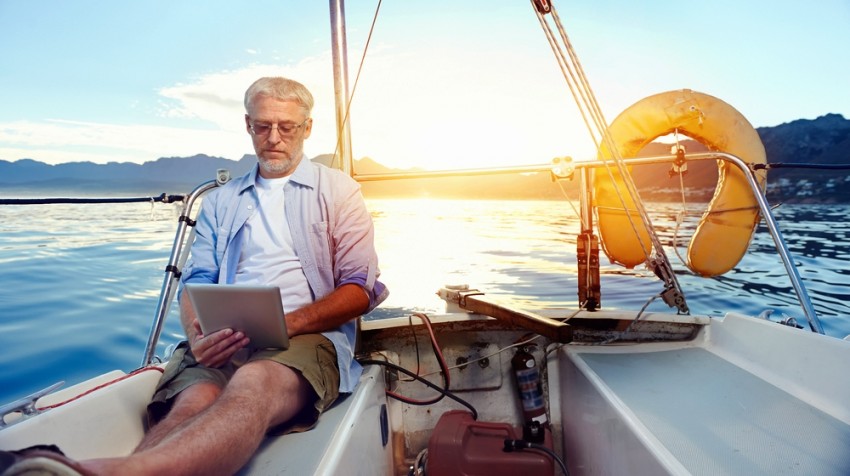 Facebook’s Messenger app has raised concerns thanks to some seemingly intrusive permissions users must agree to when signing up. LinkedIn also made headlines this week with the introduction of new mobile profiles for users.

But social platforms aren’t the only ones making a splash in the business world over the last week. There are plenty more news stories in the Small Business Trends editorial team’s weekly roundup of news articles. Here are some stories from the past week that could impact your small business.

The Internet is agog over the seemingly intrusive permissions for the Facebook Messenger app. If you use Facebook to communicate with your contacts, you soon may have no choice but to use the app which will soon be the only way mobile users will be able to send messages on Facebook. But at issue is the number and type of permissions the app demands as a condition of use.

If you like to do a little investigating before you meet a new business contact, you’re in luck.  LinkedIn recently launched its new mobile profiles, which offer enhanced details on members within the mobile app.

Yet again there’s a new change for Facebook. With the increasing number of Facebook fans, the social network seeks to increase engagement and streamline advertising on its platform. And this time Facebook’s new right-hand column ads are the focus. Although the announcement was made back in April, Facebook finally rolled out its redesigned sidebar ads more recently.

While small business owners may not feel like every big bank has their best interests at heart, JPMorgan Chase seems to be trying to change that perception. The company recently announced its $30 million “Small Business Forward” initiative, to be spread over 5 years.

If women feel that running a business has been a challenge, there may be some respite coming soon. U.S. Sen. Maria Cantwell, (D-Wash), Chairwoman of the Senate Committee on Small Business and Entrepreneurship and several other Senators have introduced new legislation.

Patrick Tripp of Adobe: Email Leads in ROI in the New Marketing Frontier

Before she wrote about Leaning In, Facebook COO Sheryl Sandberg famously declared the end of email at Nielsen’s 360 Consumer Conference in 2010. But, according to Domo.com, more than 204 million emails are sent each minute in 2014. Contrast that to 2.4M Facebook shares and 277,000 tweets a minute, and you can easily see how email is alive and well today.

It seems almost unthinkable. You’re still looking forward to your late summer vacation. The dreaded push of back to school shopping is looming. But, the reality is, you need to start planning a business holiday party, if you intend on having one – today.

The Countdown is On – Get Your Website Ready for Christmas Now

It’s August. It’s hot and sales might even be down for some of you. However, you and I know the holiday sales season is coming soon. The time to get your website ready for Christmas is not November 1st – it’s now. Your mobile strategy, website, online marketing, customer delight, shipping, SEO and so much more must be dialed in.

A Minnesota restaurant is getting mixed reviews about a new fee added to its bills. But it isn’t the 35-cent surcharge itself that has customers taking notice. The fee, added to each bill after the tax charge, is a designated minimum wage fee. Minnesota raised its minimum wage by 75 cents earlier this month. It is the state’s first minimum wage increase since 2009.

Big brands like Levi’s or Ralph Lauren that sell on Amazon would love to limit the number of retail sellers who offer their brands on Amazon too. That’s why in the case of Levi’s, for example, a recent study found the company has a special arrangement with the online seller that limits the number of third party sellers that can offer its merchandise.

Will Skype Still Work On Your Operating System?

Here’s another reason you may need to switch to a new operating system. More major changes are coming to Skype in the coming few months. In the end, users of older versions of the video conferencing app will likely be forced into newer versions. And people using one relatively new mobile operating system may have to get new devices if they’re going to continue using Skype.

Spotlight on Snoozer: Dog Beds That Pets and Their Humans Love

If you have a dog, you probably have some toys, a dog bed…maybe a bunch of other stuff lying around. Not very attractive, right? Snoozer Pet Products says dog beds and seats don’t have to be “clutter” or ugly.  They can be stylish and attractive, according to this family run pet business.

A new Apple iPad may be on the market before the holiday shopping season. The story is that Apple suppliers have begun production on a new line of iPad devices. The long-rumored iPhone 6 as well as a possible smartwatch from Apple may be unveiled soon and available by the end of the year, too.

New Moto G2 May Ship by Next Month

A successor to the popular and economical Motorola Moto G smartphone may be available as early as next month. Motorola’s popular Android device was so popular largely because of its price point. The device sold for $179 in most cases and featured specs better than any other budget-priced smartphone. Some retailers may start receiving the new Moto G smartphones by the end of this month.

T-Mobile became the first U.S. phone maker to release an unlocking app customers can use to switch carriers after their contract is up.

In an effort to keep up with the social-savvy customer, customer relationship management tool Nimble recently announced its new Smart Contacts Widget. The browser plugin connects with your Nimble CRM account, and lets you “hover and discover people” across social platforms, blogs, and websites.

Google is adding to its toolbox for small businesses. Google-owned video platform YouTube recently announced it has acquired Directr. Directr is a mobile app intended to simplify the process of creating small business videos including perhaps video ads to run on YouTube and elsewhere.

Study: By 2020, 78 percent of Small Businesses will Use Cloud

By the end of this decade, most small businesses in the U.S. will have adopted cloud technology. New data from Intuit and Emergent Research reveals that by 2020, 78 percent of small businesses will be “fully adapted” to cloud computing. That’s more than double the current 37 percent adoption rate. The data is the highlight of a new report entitled “Small Business Success in the Cloud.