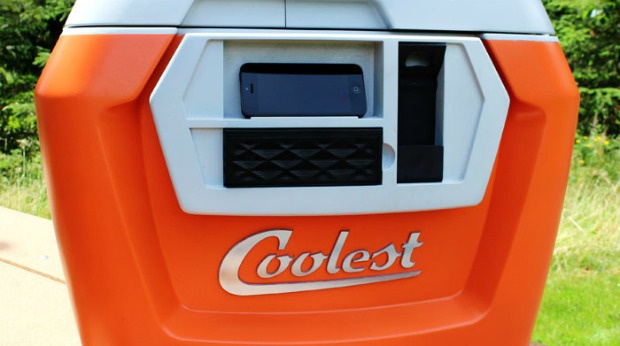 There’s a new top earner among Kickstarter campaigns. The Coolest Cooler is a high-tech appliance that its creator describes as more of a portable party than a regular cooler.

The campaign still has a couple of days left, but it’s already raised more than $10.7 million. That’s enough for it to surpass the Pebble smartwatch, which previously held the title of Kickstarter’s most highly funded project.

What is it That People Love so Much About the Coolest Cooler?

To start with, it includes features such as a waterproof Bluetooth speaker, USB charger, LED lid light, battery powered blender, and more. Plus, of course, it can keep food and drinks cold as most coolers do.

A cooler isn’t necessarily something that people would associate with innovative technology. But the lack of similar options could very well be what has led to so much crowdfunding success. Creator Ryan Grepper told CNBC:

“The cooler industry has been around a long time, but this is a new concept and ultimately this will be a benefit for all consumers as other concepts come out of the traditional industry. And I hope this inspires other innovators, inventors, people with an idea for something new in an otherwise stagnant industry.”

Could Even More High-Tech Coolers be Poised to Enter the Market?

There are nearly 51,000 backers who seem to think it’s a good idea. And Grepper himself has so much faith in the idea that he stuck with it even when at first it failed.

Originally, Grepper began working on development of a cooler hybrid about 10 years ago. The inventor initially tried to fund the project on Kickstarter in 2013. But at that time, the project was only able to raise just over $102,000, well short of its $125,000 goal.

But Grepper didn’t give up there. Clearly, it seems that with the right message and reach, a high-tech party cooler is something consumers will pay for.

The Coolest Cooler is expected to sell a retail price of $299 and is scheduled to be available in February 2015.