How to Break Away From Toxic People to Achieve Success 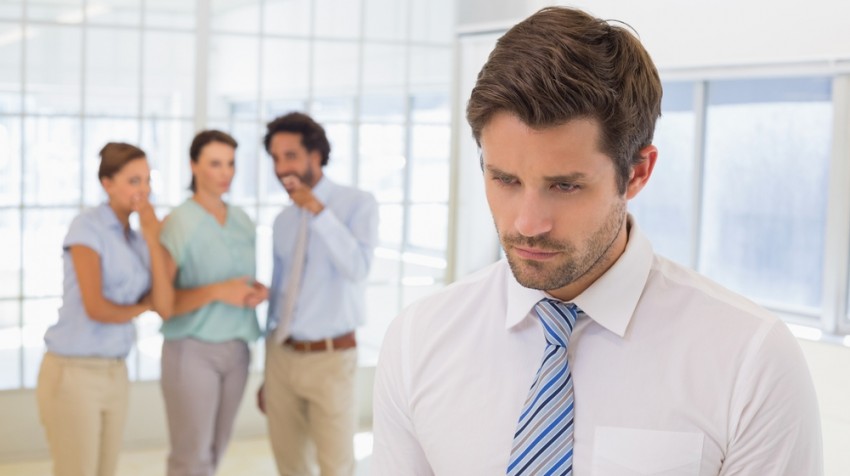 “Dwelling on the negative simply contributes to its power.” ~ Shirley MacLaine

Successful, happy, likable people tend to be able to set boundaries better than others and are good at speaking up for themselves in a respectful yet firm fashion. For others, especially some who are highly sensitive, it can be a real struggle to set boundaries using assertive speech.

Many are often surprised and troubled when they see a highly talented, emotionally intelligent person with a fine personality flounder in his/her work and in their personal life because they’re distracted and/or intimidated by an oppressive person in their life.

It may feel awkward or intimidating to confront this person be it your boss, co-worker, mother-in-law, sibling, spouse or parent. They may be ill, feeling they’ve been cheated or lacking what they need in terms of love and emotional support.

We often excuse people who are negative and toxic to us because they may be going through a difficult stage in their lives. Such people need to be listened to, supported, and cared for (although whatever the cause of their moodiness and negativity, you may still need to protect yourself from their behavior at times).

7 Strategies to Break Away From Toxic People

A toxic person isn’t necessarily one who’s disliked by everyone. Sometimes this person can even come off as charming to those outside his/her immediate circle. The way you can know if a person is toxic is when s/he exhibits any one of these behaviors:

When bitterness and negative speech is a person’s primary topic for conversation, this should raise a red flag that this person is toxic.

Toxic people often engage in conversation based on a negative rant and work hard to get others to buy into their cynical worldview. The toxic person is consumed by their negative bias and blind to how others perceive them or their situation.

Spreading gossip and hate is likened to a sport for these people. Left unbridled, the toxic person will eventually repel even those who were once close friends or close family members.

2. Don’t Get Caught Off Guard With a Toxic Person: Plan Ahead

Whether the toxic person in your life is a co-worker, your boss, your mother-in-law or a friend, don’t allow the behavior to persist by spending any extra time with this person. Keep conversations brief and don’t share personal information with this person, as they often will just use it against you.

Marc Chernoff says in his book, 1000 Little Things Happy Successful People Do Differently, when setting boundaries with toxic people, you should practice compassion, depersonalize their attacks, speak up and limit your contact. Above all, never succumb to thinking that their toxic behavior is okay.

Sometimes it makes sense to be sympathetic with toxic people whom you know are going through a difficult time, or those who are suffering from an illness. There’s no question about it, some toxic people are genuinely distressed, depressed, or even mentally and physically ill.

But you still need to separate their legitimate issues from how they behave towards you. If you let people get away with abusive behavior because they are distressed, facing a medical condition, or depressed, even then you are – in essence – allowing them an opening to use their unfortunate circumstance to perpetuate a cycle of bullying.

It’s them, not you. KNOW this.

Remember, there is a huge amount of freedom that comes to you when you take nothing personally. Most toxic people behave negatively not just to you, but to everyone they interact with. Even when the situation seems personal – even if you feel directly insulted – it usually has nothing to do with you.

What they say and do, and the opinions they have, are based entirely on their own self-reflection. (This is discussed in more detail in the “Relationships” chapter of the book “1,000 Little Things Happy, Successful People Do Differently”.)

It’s okay to let a person know that what they’re doing – you find offensive. However, don’t fall into the trap of expecting they’ll be able to digest or empathize with you.

Toxic people are usually narcissistic so they can’t see outside of themselves as they are emotionally stunted in the area of empathy.

Toxic people don’t change if they are being rewarded for not changing.

Decide this minute not to be influenced by their behavior. Stop tiptoeing around them or making special pardons for their continued belligerence. Constant drama and negativity is never worth putting up with.

7. Move On: Make Other Friends In Their Place

This is the key to moving forward and becoming self-actualized. You need to find positive people who will support you and feed your positive energy. These positive people will allow and initiate conversation that’s constructive and also show interest in understanding your perspective on life.

Julian Treasure is the chair of the Sound Agency, a firm that advises worldwide businesses, offices, retailers, and hotels and the author of the book Sound Business. He asks us to pay attention to the sounds that surround us. How do they make us feel: productive, stressed, energized, and acquisitive?

Understanding the effects of how we sound, both in what we say and how we say things, will have a dramatic effect on how well we communicate with others. It could also influence how effective we are in attracting people we want to attract and could determine how well we set boundaries with toxic people.

Avoid these Deadly Sins of Speaking

Speaking ill of somebody who’s not present not only hurts that person’s reputation, but it tarnishes yours. People tend to lose trust in someone who is a perpetual gossip as they expect that you’ll do the same about them.

It makes you less likely to be the one people will look to for support, guidance or as a confidant. Beware of being judgmental. It’s not only hurtful to others but it makes others doubt your sensitivity. Judgmental people sound like they’re the moral authority on matters and that’s a huge turn off in building and maintaining business relationships.

People who are negative tend to drag others down with them. They push people away as they are hard to listen to.

As Treasure says, “complainers are viral misery. “ They spread darkness in the world and shut out the light.

Someone who always is making excuses for their negligence develops a reputation for being irresponsible. People trust those who are accountable for their behavior and naturally would prefer to do business with someone who is reliable and stands by their word.

People who exaggerate regularly are often associated with lying. Don’t overstate your opinion. Just call things the way they actually are. This breeds trust. Exaggerators build up false hopes, which more often than not lead to disappointment.

A person who regularly states his opinion for fact loses credibility over time. When you state your opinion, be sensitive that others may disagree with you and that they might have an equally strong view that opposes yours.

Be straight and clear.

Just be you. Don’t fabricate or exaggerate your skills, abilities or your experience. Spotlight that which is real and let others get to know you for who you truly are.

Actually do what you say. It will build your trustworthiness.

Wish people well. If you sincerely wish others well they will feel safer with you. It’s the optimal way to avoid being judgmental and will enable you to foster many close friends and supporters.

Take Time to be Silent

When you take time to pause between your statements, you’ll be seen as more sensitive and open to the person with whom you’re speaking. Try stopping for a few seconds after you share a thought to see/hear the other person’s reaction. This will allow you to proceed with greater sensitivity and attuned to that person, and will help strengthen your connection to them.

Developing and honing your speaking skills could give you the chance to make a greater impact both in your workplace and in your personal life. People prefer to listen to and follow someone whom they feel is attuned to their interests and sensibilities. Those who speak with authenticity, sensitivity and tact will not only make more friends but they’ll build a reputation that could lead to more success.

Using assertive and dignified speech with everyone, including toxic people, will attract those you want in your life and block those who trample on your spirit. Good people are busy doing good things, not harping on the past and on other’s failings.

Surround yourself with people who are confident, concerned for your well-being as well as their own, and who model positive speech that engages and uplift others. Practice using your speech to speak kindly. When necessary, stand up for yourself firmly and yet without excessive emotion.

In time, you’ll become more productive at work and satisfied with your relationships.