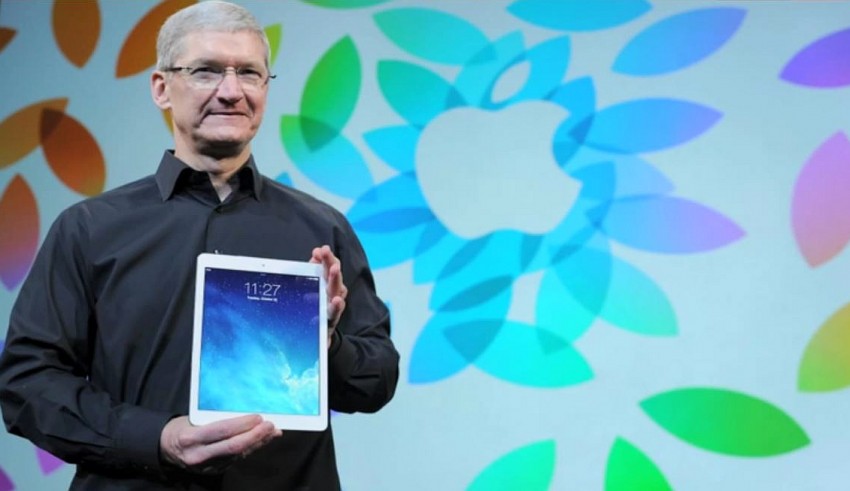 The largest iPad ever is coming soon.

A new report indicates that Apple is close to giving the go-ahead to start production on an iPad device with a 12.9-inch screen (diagonally). Unnamed sources say suppliers have been told that production on this device would begin at the beginning of next year. Apple hasn’t confirmed any of these plans just yet.

There could be an entire range of larger mobile devices from Apple, if these rumors are confirmed.

The timing of this decision is interesting. It’s been noted that Apple’s iPad sales are sluggish. And part of the problem has been a stale product line. It’s been two years since the last full-sized iPad was released.

Apple is also planning to have a new full-size, 9.7-inch iPad out to consumers by the holiday shopping season. The company is also set to release a new version of the smaller, 7.9-inch iPad mini in time for holiday shopping.

Apple is also expected to unveil new larger screen iPhone’s early next month. The new phones are expected to feature 4.5- and 5.5-inch screens and will likely be unveiled at an event on Sept. 9.

The decision to release a larger iPad bucks current consumer trends, though. The more popular tablets are getting smaller while smartphones displays are getting larger.

Part of Apple’s mobile device turnaround plan includes attracting more businesses and other institutions to buy iPads. The desire to create a larger iPad is partially being fueled by Apple’s interest in having its tablets replace laptops for use in businesses.