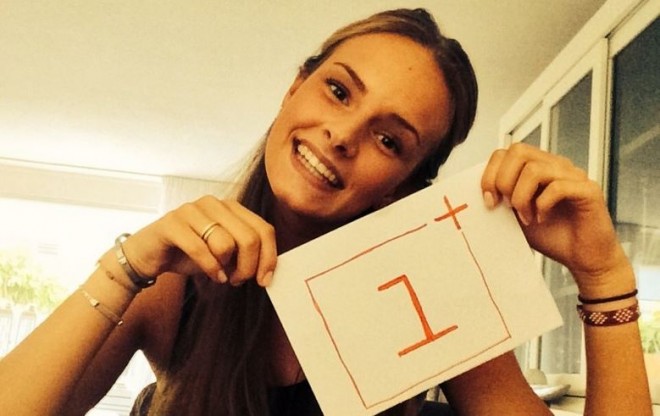 Smartphone maker OnePlus has ended a bizarre photo beauty contest it had created to drum up promotion of its one and only phone.

The company has been criticized for being sexist in creating the contest as part of its marketing strategy. Critics say the contest degraded female customers by asking them to compete on the basis of appearance for the chance to buy a phone.

OnePlus created the “Ladies First” contest on its website community forum. The idea was to encourage female participants to post photos of themselves to the forum. They were also asked to display the OnePlus logo in the shot.

Other users were then encouraged to like the photos in the forum. Female participants with the most popular photos would win one of a limited number of invites to buy the OnePlus One smartphone.

To clarify, the company’s One phone is not available on the open market. OnePlus is limiting the quantity of phones, likely to help spread the word about the company. To get a phone, potential customers either need to get an invite from someone who has already purchased the device or win an invite in one of the many contests on the company’s social media channels or website.

“OnePlus is all about sharing the love of good products. We’re so confident about our product that we’ve cut out the middlemen – distributors, retailers, advertisers – and let our fans do the talking.”

Once potential customers get an invite from OnePlus to buy the One phone, there is a limited amount of time to make the purchase. Potential buyers are notified by email that they’ve been invited to buy a phone.

Those who purchase a phone are then allowed to send a certain number of invites to family and friends.

In fact, some female fans did participate in the OnePlus contest. However, soon after the photo contest was unveiled and female fans began posting photos of themselves, a community backlash began. OnePlus responded by ending the contest altogether.

To be fair, part of the outrage may have had as much to do with the behavior of certain community members as with the contest itself. The Verge reports male members of the community soon took to posting photos of women with the OnePlus logo Photoshopped onto them or left inappropriate comments in the forum.

However, even the company’s apology ends up coming off as somewhat tone deaf.

Announcing an end to the contest on the OnePlus forum, an administrator, presumably on behalf of the company, wrote:

“Women make up half the world, and we want to help them be more involved in tech. We understand that our contest was in bad taste, and have therefore pulled it. All participants will be contacted for prizes.

We apologize and we will course correct for the future. At the same time, we would love to hear your feedback on how we can better get women involved in tech.”

When marketing to a desired demographic, it’s best to have some understanding how to avoid offending that group and the rest of your community in the process.

OnePlus’s gaffe is a good reminder of how easily marketing efforts can go wrong when a business fails to be sensitive to the audience it is trying to reach.