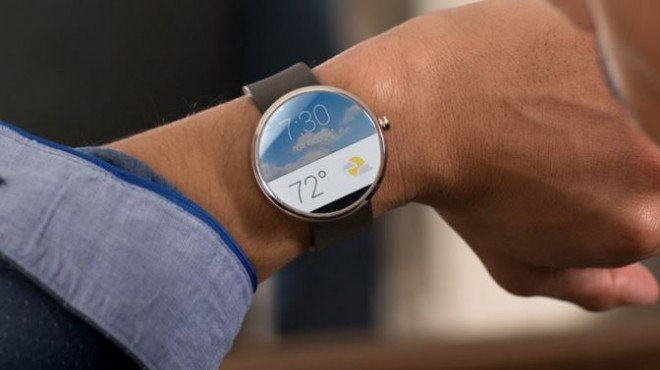 You might have to wait another week to slip the new Moto 360 smartwatch onto your wrist. But at least now you know how much it will cost.

The Moto 360, Motorola’s new wearable device, is expected to go on the market Sept. 4. And according to a leak on a product page at BestBuy where the Moto 360 smartwatch is expected to be on sale, the retail price will be $249.99.

That’s twice the price of the original Pebble smartwatch that went on sale beginning in 2013. It’s also slightly more expensive than many of the other smartwatches already listed on BestBuy.

According to some early specs shared by the The Verge, features of the new device will include:

Images and renderings released prior to the watch’s availability indicate the device has a round face and a full-color display. The round face is encased in stainless steel. Motorola says that the watch will be available in several styles, too.

A leaked product page that appeared on Best Buy’s website suggests the Moto 360 smartwatch is designed to work with most Android smartphones running at least the Android 4.3 operating system.

“Moto 360 keeps you on time and up to date without taking you out of the moment or distracting you, telling you what you need to know before you know you need it through subtle alerts and notifications. With just a twist of the wrist you can see who’s emailing or calling, what time your next meeting is or a friend’s latest social post.”

Joshua Sophy is the Assistant Editor for Small Business Trends and the Head of Content Partnerships. A journalist with 20 years of experience in traditional and online media, Joshua got his start in the rough and tumble newspaper business of Pennsylvania's coal region. He is a member of the Society of Professional Journalists and was a beat reporter covering daily news. He eventually founded his own local newspaper, the Pottsville Free Press, covering his hometown. Joshua supervises the day-to-day operations of Small Business Trends' busy editorial department including the editorial calendar and outgoing assignments.
18 Reactions
Subscribe
Follow @smallbiztrends
RSS LinkedIn Pinterest iTunes