New Moto G2 May Ship by Next Month 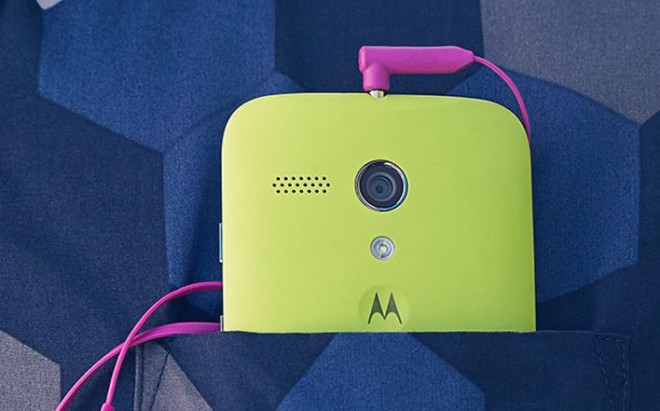 A successor to the popular and economical Motorola Moto G smartphone may be available as early as next month.

Motorola’s popular Android device was so popular largely because of its price point. The device sold for $179 in most cases and featured specs better than any other budget-priced smartphone.

Some retailers may start receiving the new Moto G smartphones by the end of this month. The first day they’ll likely be available on the retail market would be Sept. 10. The official name of the device is still not certain, however. It could either be the Moto G2 or the Moto G+1.

Whatever it’s called, the new budget-friendly Motorola smartphone may not be so friendly. It’s believed that the phone could cost nearly double its predecessor’s price. That could be as much as $340.

Some of the specs on this device may not be so eye-popping, either. It’s not that the original Moto G was considered to be a high-end phone, but with the inflated price, perhaps Motorola could have stocked more in the device.

The new Moto G should feature a 720p display. And inside, the phone will be operating on a quad-core 1.2GHz Cortex-A7 processor and the Adreno 305 GPU with a Snapdragon 400 chipset, reports Android Community. It will also have an 8-megapixel rear-mounted camera and a 2-megapixel front-facing camera. The standard model will have 8GB of internal storage with an opportunity to expand through a microSD slot on board.

Last year’s Moto G had a 5-megapixel rear-facing camera and a 3-megapixel front-facing lens by comparison.

One thing that upgrading and new customers will likely notice is the increased display size. The inaugural Moto G sported a 4.5-inch display. However, BGR.com is reporting that the sequel to that smartphone could have a 5-inch display.

That source is also reporting that Motorola, now owned by Lenovo, will also release a larger update to its Moto X smartphone. This was the pricier of the two Moto models made available last year. The new Moto X2 (more speculation abounds on that official name, too) will be more of a phablet, if BGR sources are correct, with a 5.5-inch display.